WINDSOR, ONT. -- A handful of regions moved into Stage 2 of Ontario’s reopening phase Friday but a handful of Windsor restaurant owners, stuck in Stage 1, aren’t willing to wait any longer.

Twisted Apron owner Katie Robinson says over the past three months, her business is down 98 per cent. She says many other small businesses and restaurants are also in dire straits.

“Another month, most of our businesses will be closed,” Robinson says, adding she’s tired of waiting, while the rest of the province opens up.

Robinson has started a Facebook Page — to build a critical mass of support — urging decision makers to Open Ontario July 1.

“I think we have to band together,” Robinson says. “I think we need all the small businesses to stand together and we need to open our doors. I think it’s the only way to send a message. They aren’t listening to our voices, they need to see our actions.”

Robinson says those actions could include not obeying the province’s orders and protesting should the province not move Windsor-Essex into stage two of re-opening the economy next Monday. 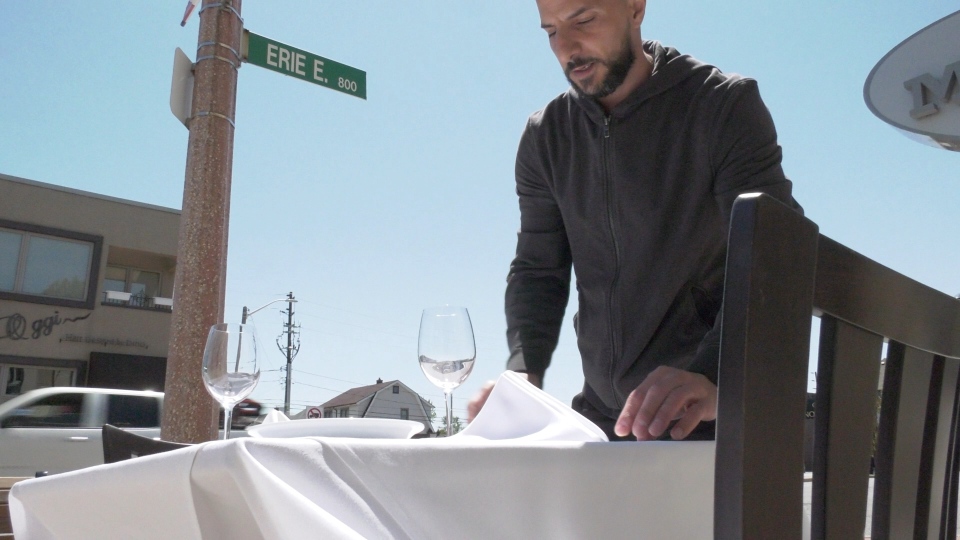 Fellow restaurant owner, Filip Rocca, says he’s listened to every order and even completely restructured his restaurant by putting arrows on the ground and adding between tables. He hopes local officials speak up on behalf of businesses in the area ahead of Doug Ford’s announcement on June 22.

“I understand the issue we’re dealing with with the migrant workers,” says Rocca, referring to the nearly 400 agri-food workers who have tested positive for COVID-19 in what’s become a huge focal point of local, provincial and national health officials over the past number of weeks.

“We’re Windsor, they’re Leamington, the health official needs to send a message to the premier saying open up Windsor and then we’ll deal with the issues that we have outside of Windsor-Essex, but Windsor needs to open next week.”