WINDSOR, ONT. -- A small shop selling beads and herbal medicines in Windsor Ont., is asking customers if they’re vaccinated, before allowing them to shop.

Anastasia Timakis is one of the people turned away at the door, by a man she believes to be the shop owner.

“When I told him (the store owner), yes I’ve been vaccinated for both, he said you have to leave,” says Timakis.

She was curious about the store, when she noticed there was no business name on the outside, just a dozen pandemic related notices all over the front window; many of them against government-ordered protocols. 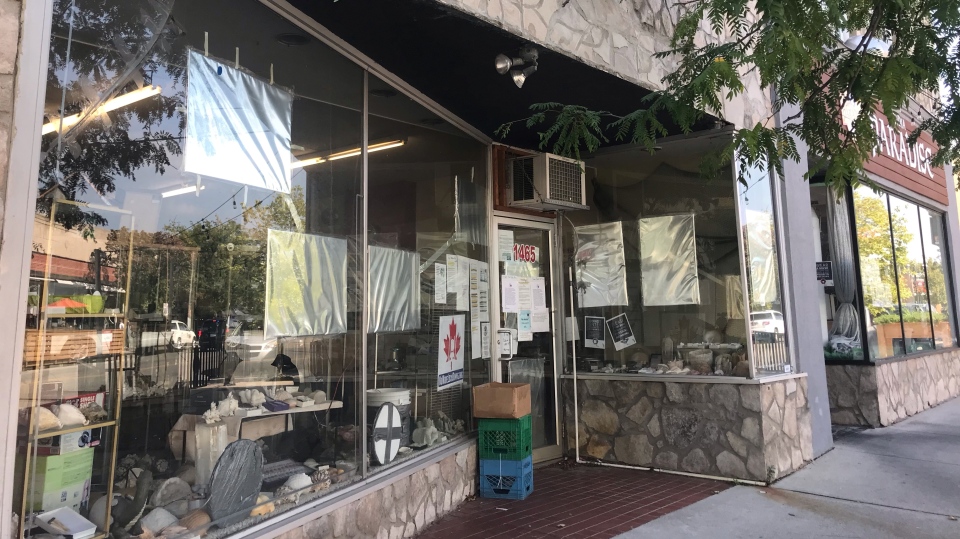 “There was maybe 10 or 15 people in there and not one of them had a mask on,” says Timakis.

“So little bells and whistles went off in my head saying ‘Anastasia something’s not right here.’”

Timakis accuses the man of being hostile and saying to her “we don’t want you in here”, because she is fully vaccinated.

“I was afraid for my health and safety,” says Timakis. “Not because they weren’t vaccinated, because we were very far away, but just his whole attitude.”

CTV News attempted to speak with the owner, but he refused to answer questions, on the basis of vaccination status, and we were asked to leave the store.

Back in April, when some anti-vaccine notices first went on the door of Herb Plus Beadworks, the owner, Tony Pantalleresco, told CTV News his belief is the vaccines aren’t tested, and as such, are dangerous.

“We don’t have enough data right now, to say that these things are safe,” says Pantalleresco.

Doctors, scientists, researchers and leading medical officers across Canada have maintained for months, saying the vaccines are based on decades of research and they are safe for the vast majority of people.

Timakis is worried the store is sending the wrong message during a crisis.

“Whether I agree with what the government does or does not do, what these people are doing is very wrong,” says Timakis. “I’m disgusted.”

In a statement to CTV News, the Windsor-Essex County Health Unit (WECHU) says they follow up on 100 per cent of all complaints regard the Reopening Ontario Act.

The statement also reads “The WECHU has taken enforcement action at the business in the past and will be following up on this complaint.”