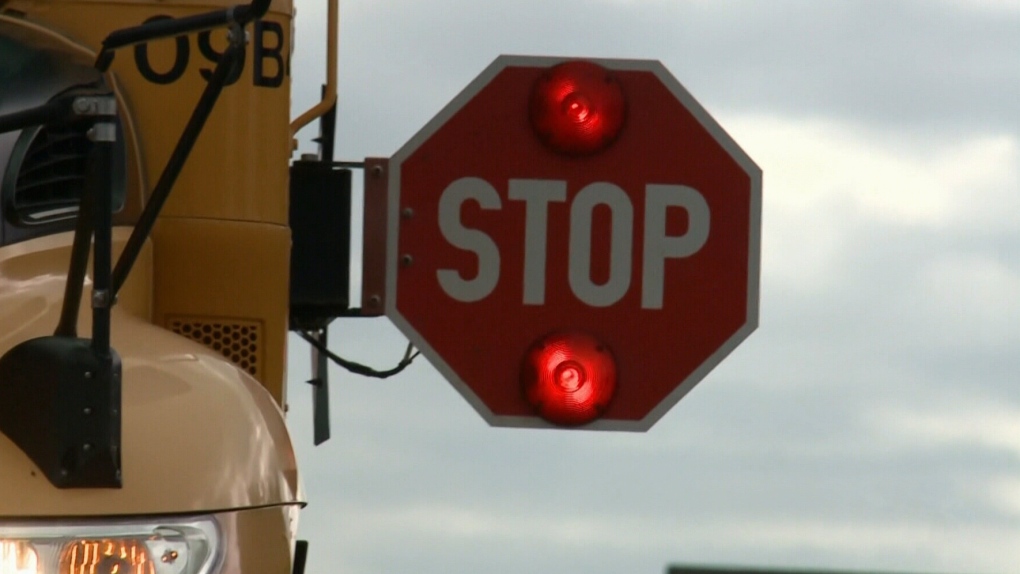 Essex County OPP officers are reminding drivers to stop for school buses after a report of an incident in Kingsville.

A concerned resident contacted police after a vehicle allegedly failed to stop in the area of Conservation and Marshwoods Boulevards, while the school bus was stopped with the stop arm out and overhead red lights flashing.

Officers say this was a very dangerous act that could have had fatal consequences if an innocent child had been crossing the roadway. Police are reminding all drivers to slow down and to pay attention to the roadway.

“With the return of students to in-person learning, we also have the return of school busses on the roads,” said a release from OPP. “For drivers, that means maintaining a heightened level of awareness for students getting on or getting off a school bus or when travelling near or through a school zone. A distraction of a split-second can be enough to cause a devastating collision.”

Drivers approaching a stopped school bus from the front with its overhead red signal-lights flashing shall stop in front of the school bus and not pass until the signals are turned off and the bus moves.

Vehicle owners need to be aware that if the driver can't be identified, the owner can be charged for the offence provided the licence plate number is obtained by any witness. If convicted, the driver/owner can be fined $400 to $2,000 for a first offence and $1,000 to $ 4,000 or imprisonment for a subsequent offence(s). The penalty section also levies six Demerit Points to a drivers licence.

"We ask that anyone witnessing these incidents to immediately call 911 with the plate and description of the vehicle. This law is in place to protect our most valuable resource, young children," Essex County Detachment Commander Inspector Glenn Miller.

The police official blamed for not sending officers in more quickly to stop the Uvalde, Texas, school shooting is the chief of the school system's small police force, a unit dedicated ordinarily to building relationships with students and responding to the occasional fight.

Fifty-eight-year-old Vivian Ketchum is set to receive her high school diploma at a graduation ceremony at the University of Winnipeg next month. It is a moment that is decades in the making.

Students trapped inside a classroom with a gunman repeatedly called 911 during this week's attack on a Texas elementary school, including one who pleaded, 'Please send the police now,' as officers waited more than an hour to breach the classroom after following the gunman into the building, authorities said Friday.

Fragments of a comet broken nearly 30 years ago could potentially light up the night sky Monday as experts predict an 'all or nothing' spectacle.

Transport Minister Omar Alghabra says the federal government is working with groups on the ground to resolve air travel 'bottlenecks' in time for a busy summer.