UWindsor to get first female chancellor 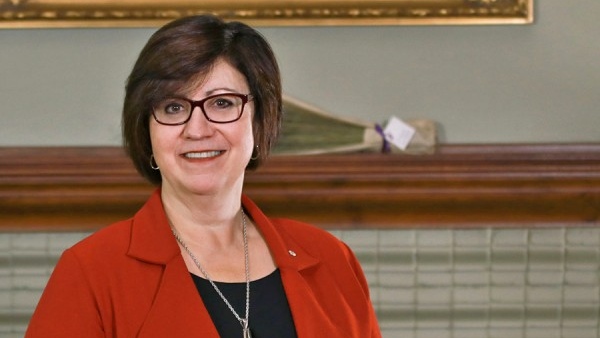 Dr. Mary Jo Haddad is seen in this photo provided by the University of Windsor.

The University of Windsor is set to welcome its first female chancellor, Dr. Mary Jo Haddad.

She has been named the eighth chancellor and will be officially installed at the 2019 spring convocation.

The chancellor designate is well known for her innovative leadership and commitment to children’s health in both Canada and internationally.

From 2004 to 2014 she served as president and CEO of the Hospital for Sick Children (SickKids) in Toronto.

Since her retirement from SickKids, she has served as a corporate director and as President of MJH & Associates, providing strategic leadership and healthcare advisory services.

“At such an important time in the University’s history, I am proud to serve as the next Chancellor of the University of Windsor,” Haddad said in a statement.

“To recognize and celebrate the academic achievements of our students as future leaders and trailblazers is an incredible honour. I am grateful for the impact the University of Windsor has had on my career and I am looking forward to promoting the achievements of the University’s students, faculty, staff and alumni.”

Haddad holds a number of other board positions and honours, including being named a member of the Order of Canada in 2010 and receiving the Queen Elizabeth II Diamond Jubilee Medal in 2012. She is also a recipient of the Premier’s Award for Outstanding Achievement.

Her appointment follows the announcement this past August that the Honourable Ed Lumley would be stepping down as Chancellor after serving since 2006.