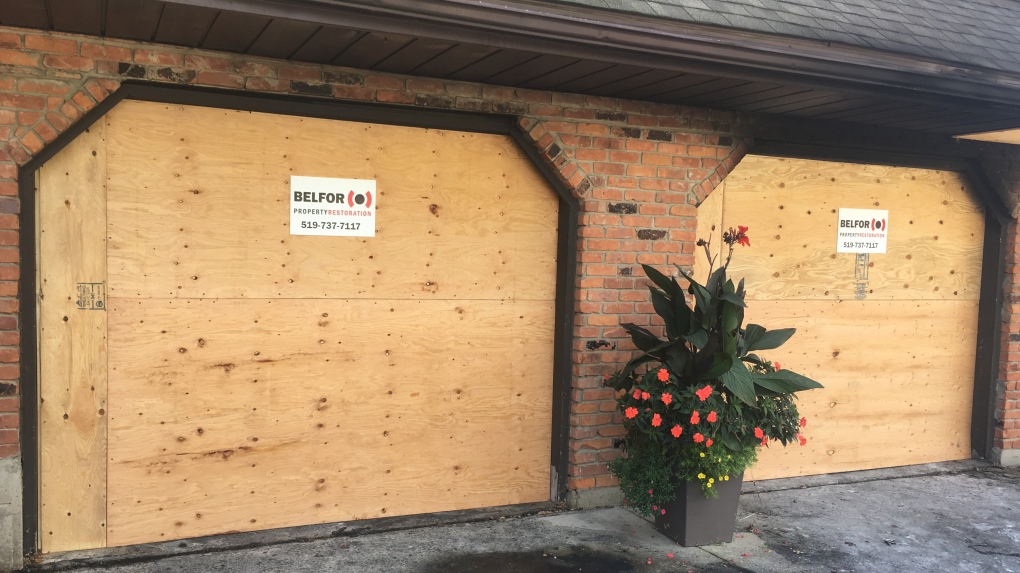 The cause of a fire at a home on Laurier Drive in LaSalle on Oct 8, 2019 is being listed as accidental. ( Bob Bellacicco / CTV Windsor )

LASALLE -- LaSalle firefighters rescued two dogs after a fire broke out in the garage of a home on Laurier Drive.

Crews were called to the blaze on Laurier near Front Road around 6 p.m. on Tuesday.

Fire Chief Dave Sutton says a quick-acting neighbour called 911 before it could get out of control.

Damage is estimated at $200,000 to the attached garage and contents.

He says most of the damage was contained to the garage. The cause is listed as accidental.

The two dogs were rescued from inside the house.