It's long overdue for upper levels of government to start handling mental health with the same level of action as they did with COVID-19, according to a Windsor city councillor in the wake of police fatally shooting a 70-year-old man who had allegedly been threatening people with a machete.

According to Ontario's Special Investigations Unit, Windsor police officers were called to the intersection of Wyandotte and Ouellette "for a man wielding a machete and threatening people" around 2:30 p.m. Monday.

When police confronted 70-year-old Allan Andkilde, one officer used a Taser on him while a second officer shot him.

Andkilde died in hospital Monday night, the SIU said in a statement.

For downtown city councillor Rino Bortolin, the shooting serves as another reminder for more immediate intervention into a person's mental health.

"People may ask how the police reacted in this situation. But let's stop for a second and say, 'Why are the police in this situation in the first place?' Why is that person, in such distress, not in the care of a mental health or addictions treatment facility," said Bortolin.

"We've seen this for years now. It's been at least 10 years where the majority of calls for service are not crime-related. They're social issues."

With homelessness rates rising, he said, Bortolin believes the province needs to allocate more funding toward mental health initiatives. He added mental health issues need to be viewed as a pandemic, akin to how governments responded to COVID-19.

"When COVID happened, you saw a very direct and very methodical effort across every level of government," said Bortolin. "If somebody were to walk into a facility and say, 'I'm addicted to drugs and I want help,' you're looking at 70, 80 or 90-day wait before they get treatment. How is that acceptable? If you needed help for COVID, you'd have it tomorrow."

At the Windsor-Essex branch of the Canadian Mental Health Association, CEO Sonja Grbevski said the rate of people seeking the CMHA's services have "superceded" what the organization can offer. 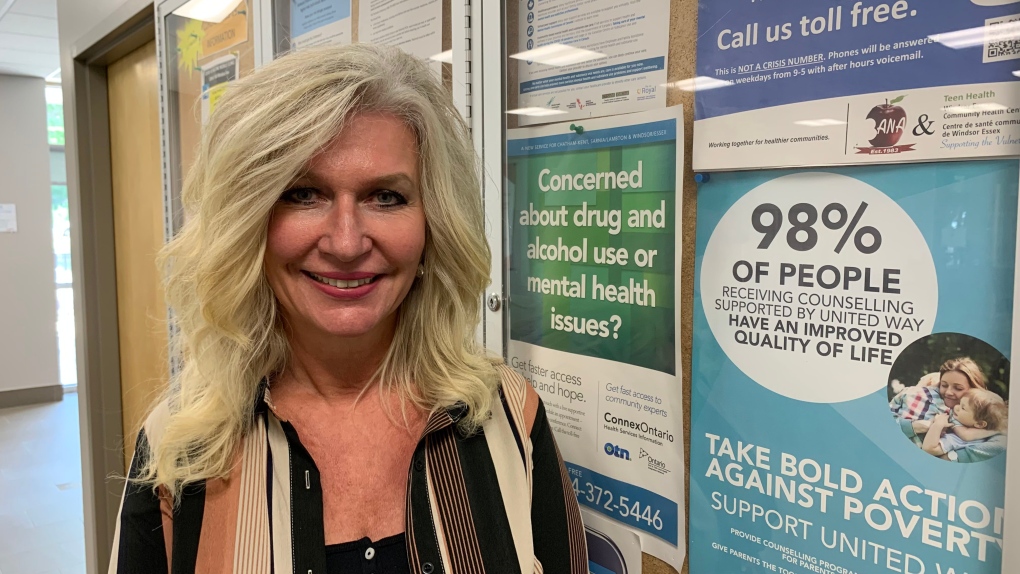 Sonja Grbevski, CEO of the Windsor-Essex branch of the Canadian Mental Health Association, says demand for its services has 'superceded' what it is able to offer. Pictured in Windsor, Ont., on Wednesday, Aug. 7, 2022. (Sanjay Maru/CTV News Windsor)
"We're seeing more individuals requiring support, whether it's for mental health, addictions or problem gambling," said Grbevski.

In terms of how additional funding could help, Grbevski said the key change would be the ability to increase the number of hours that each of the CMHA's services can operate. The CMHA's Windsor-Essex branch offers a number of services which address needs such as bereavement, justice support, residential bed access and suicide prevention and therapy, among others.

"It would be an asset and benefit for our community to be able to have more access to care and more immediate access into an intervention, looking at 16-hour days if we can't get a 24-hour alternative for when individuals need us."

But amid increased demand, wait times for each service can vary between six weeks to eight months.

"When people are not feeling well, they need services today. It's no different than a person needing to go to the emergency department or clinic. We need to have the same type of mindset and mentality when we are trying to provide services for individuals with mental health and addictions," said Grbevski, adding everyone needs to do their part to break the stigma associated with mental health.

"Suicide prevention and awareness becomes an entire community issue. That's an issue we are all responsible for. That doesn't matter whether you're a civilian on the corner of whatever street or if you're a provider in the healthcare system." 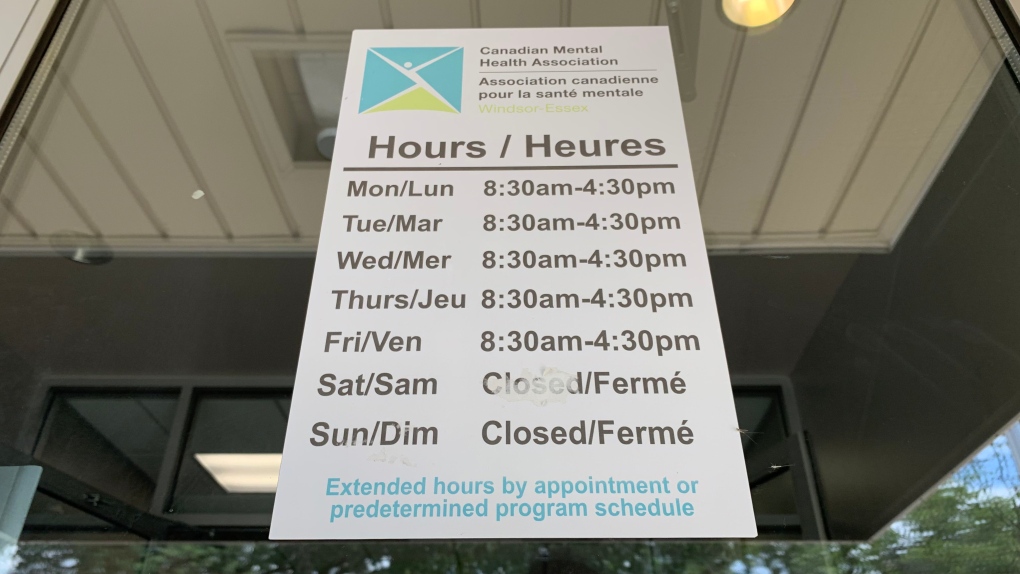 Grbevski says additional funding from upper levels of government would help the local CMHA expand the operating hours for its many services, allowing more people to access care. Pictured in Windsor, Ont., on Wednesday, Aug. 17, 2022. (Sanjay Maru/CTV News Windsor)
According to Bortolin, Andkilde was a familiar face in the downtown area and a lot of people had "great things to say about him" — a sentiment echoed by local pawn shop owner Valentin Petre.

About an hour before police arrived at the scene and confronted Andkilde, Petre said the 70-year-old had entered The Rabbit Hole pawn shop on Ouellette Avenue.

"Through the years, he's come in and he's purchased stuff so this wasn't out of the ordinary or nothing," said Petre, adding Andkilde cracked jokes and made small talk with him. "He seemed totally fine ... [I thought] that's not a guy that's ready to go do something."

That's when Andkilde inquired about purchasing a machete, Petre said, adding he "asked specifically for something cheaper."

"I guess he didn't have cash on him, so he went and grabbed cash, came back 10 minutes later and then I realized what happened afterwards."

Three investigators and three forensic specialists with the Ontario SIU have been assigned to the case. 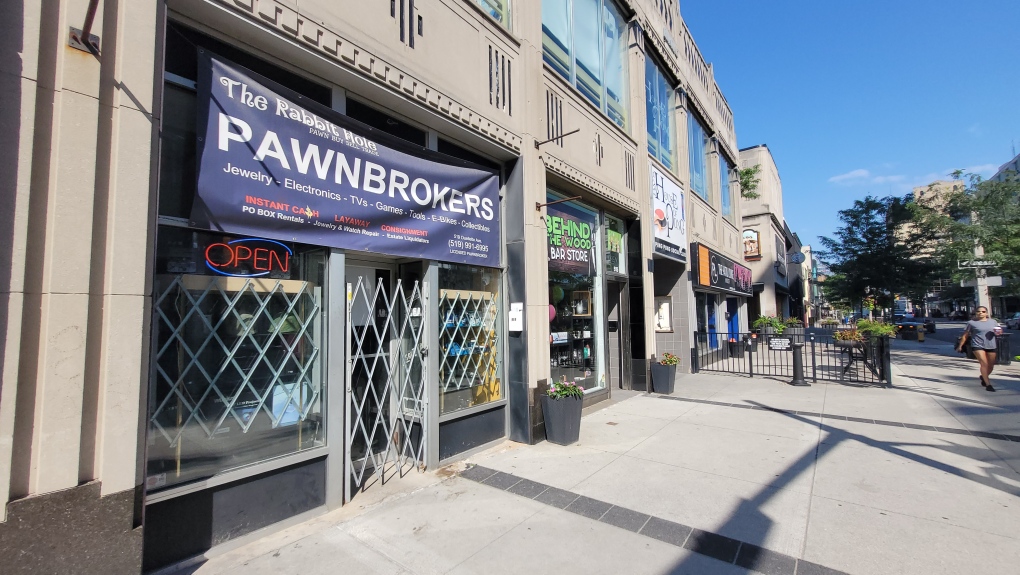 The owner of The Rabbit Hole pawn shop says Andkilde entered the store about an hour before he was shot by officers in downtown Windsor, Ont. to purchase a machete. (Sanjay Maru/CTV News Windsor)

A $1 billion class action lawsuit has been filed in the Court of King’s Bench against the Government of Manitoba and the Attorney General of Canada related to the child welfare system in Manitoba.

The Supreme Court of Canada will take time to weigh arguments about the constitutionality of an 18-year refugee agreement between Ottawa and Washington after hearing a challenge Thursday from claimants and human rights advocates.