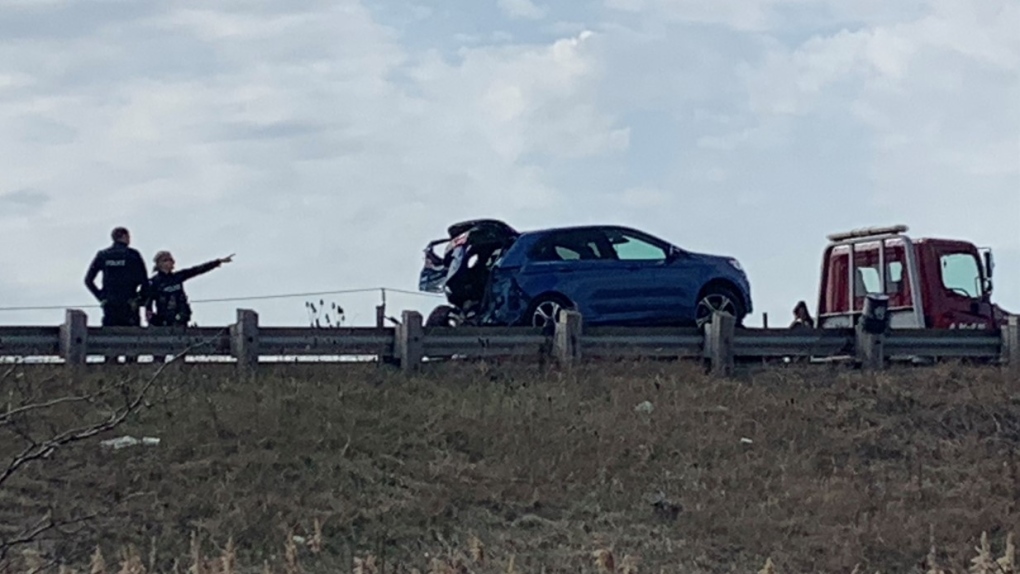 Traffic was backed up on E.C. Row Expressway after a crash on Monday, April 11, 2022. (Bob Bellacicco / CTV Windsor)

Traffic was backed up on E.C. Row Expressway after a crash on Monday.

Police say it took place in the westbound lanes before Howard Avenue around 11:23 a.m.

EC Row WB at Howard is backed up and congested due to an accident. Only one lane open. Avoid area. #YQGtraffic -02072

Two ambulances were on scene. Three vehicles were removed from the road. Two of the vehicles had substantial backend damage. A pickup truck had heavy front end damage.