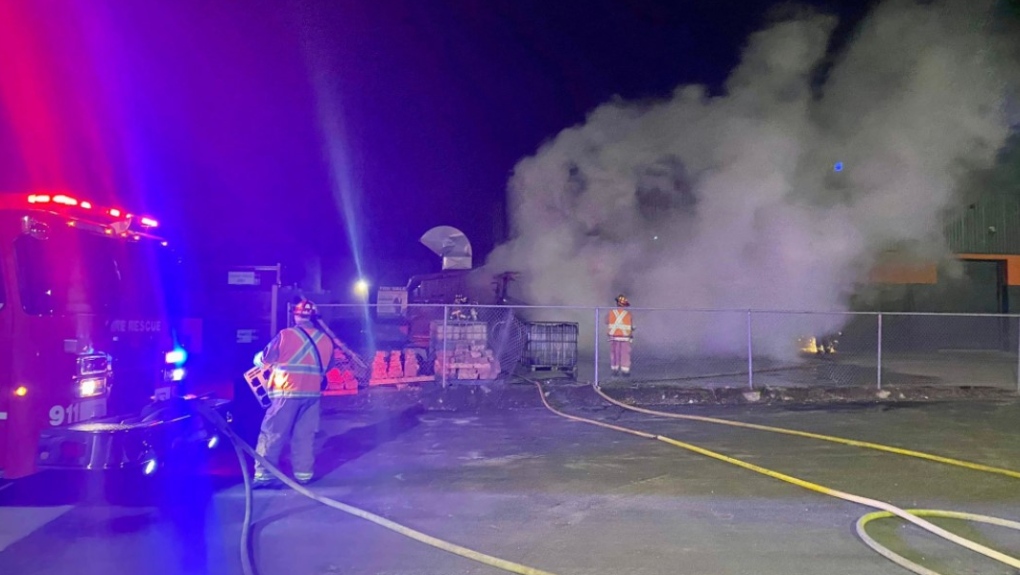 A tractor fire in Tecumseh has been deemed suspicious.

Tecumseh firefighters were called to the 2040 block of Astor Crescent around 12:40 a.m. Tuesday.

“The scene was fully involved upon firefighters’ arrival and starting to impact the side of the building, as the tractor was in close proximity,” said Deputy Fire Chief Nicole Fields.

Crews were on scene until about 3 a.m.

“The cause of the fire was deemed suspicious in nature and the scene was turned over to OPP for further investigation,” said Fields.

Damage is estimated at $200,000. Fields said there were no injuries.

Help will arrive at the children's hospital in Ottawa next week as it continues to see "unprecedented volumes" of young patients suffering from respiratory viruses. A team of staff from the Red Cross will begin working at the hospital in the next week.

As the Bank of Canada considers ditching oversized interest rate hikes, it is dealing with an economy likely more overheated than previously thought but also the bond market's clearest signal yet that recession and lower inflation lie ahead.

Girl Guides of Canada is asking its members to vote on two new name options for its Brownies program -- comets or embers.

'I am not a criminal': Habs goalie Carey Price speaks against controversial firearms bill

Montreal Canadiens goalie Carey Price has taken a stance against Ottawa's controversial Bill C-21, which would refine the definition of prohibited assault-style firearms -- drawing the ire of Canadian hunters who say the definition would outlaw weapons used within their practice. Meanwhile, the Liberals have repeatedly stated their intention is not to go after hunters but to restrict certain firearms designed for the "battlefield."

Why is it taking so long for Ukraine to join NATO? Experts weigh in

After Russia annexed four regions of Ukraine in September amid its ongoing invasion of the eastern European country, Ukraine announced it had signed an accelerated application to join the North Atlantic Treaty Organization. Will Ukraine become a NATO member anytime soon? CTVNews.ca turned to experts on Russia's war in Ukraine to better understand.

Feds 'not going to waste a lot of time' on Alberta sovereignty bill debate: LeBlanc

Intergovernmental Affairs Minister Dominic LeBlanc says the federal government is taking a wait-and-see approach to whether it may intervene when it comes to Alberta Premier Danielle Smith’s sovereignty act, but that it is not the focus at the moment.

Peel police are searching for a murder suspect who was last seen running away from a Mississauga gas station.

New research has found that climate change could cause more than 100,000 tonnes of micro-organisms to be released into natural ecosystems every year, a result of melting glaciers in the Northern Hemisphere. The ramifications of this, however, remain unknown.