Strong mayor powers coming to some other Ontario cities in a year: Premier Ford

Strong mayor powers coming to some other Ontario cities in a year: Premier Ford 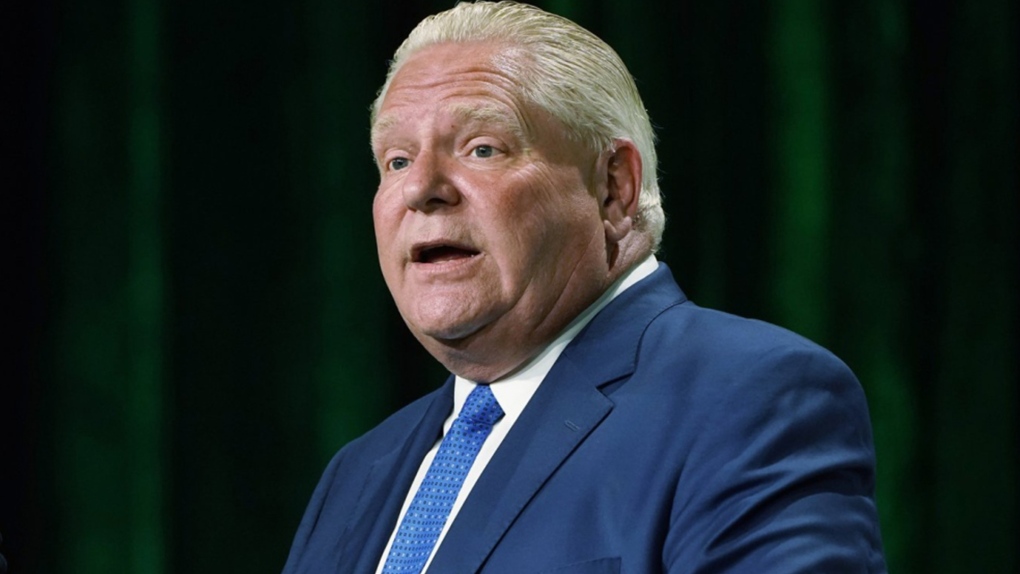 Ontario will expand the so-called strong mayor powers to other large municipalities in a year, Premier Doug Ford said Monday.

The province recently passed legislation that gives mayors of Toronto and Ottawa veto power over bylaws that conflict with provincial priorities, such as building housing.

Those powers are set to take effect shortly after next week's municipal elections.

"We're using Ottawa and Toronto as a test area, per se, and then we're going to move forward a year after that and give it to other regions, other large municipalities, so that when you get elected as mayor, it means something," Ford said Monday, giving a timeline for expanding the powers to other cities for the first time.

The new law also gives mayors of those two cities the responsibility for preparing and tabling their city's budget instead of council, appointing a chief administrative officer, and hiring and firing department heads, except for statutory appointments such as an auditor general, police chief or fire chief.

A council could override the mayor's veto with a two-thirds majority vote.

Toronto's front-running incumbent John Tory has said he supports the strong mayor powers, while leading Ottawa mayoral candidates Catherine McKenney and Mark Sutcliffe both say they do not support the new legislation.

Ford said he'd be "very disappointed" if the new powers are not used.

"They should have a little more power to make things happen rather than have the same vote as a single councillor," Ford said.

"So hopefully they'll be able to use it to build attainable and affordable homes."

The powers are meant as a tool to cut through bureaucracy and the not-in-my-backyard crowd, Ford said.

The Progressive Conservative government has pledged to build 1.5 million homes over the next 10 years.

The Association of Municipalities of Ontario told a legislative committee in late August the government must conduct broad consultations before expanding those powers to other municipalities. The Municipal Affairs and Housing ministry has said it did extensive consultations with municipalities, experts, and people across Ontario at the beginning of this year.

This report by The Canadian Press was first published Oct. 17, 2022.

Canada's perceived corruption in the public sector has remained the same since last year, according to the latest Corruption Perceptions Index by Transparency International, which ranks Canada tied for 14th out of 180 countries. The country scored 74 out of 100 in 2022, with 100 being the least corrupt and 0 being the most.

A cave in Banff National Park has been recognized as a globally significant location thanks to a tiny creature found inside.

At first, Juan Delgado agreed to spend 24 hours inside a Dundas St. Denny’s as a consequence of losing in his fantasy football league.

A Vancouver Island man is awaiting possible extradition to the United States on charges of sexual assault against his 13-year-old stepdaughter.