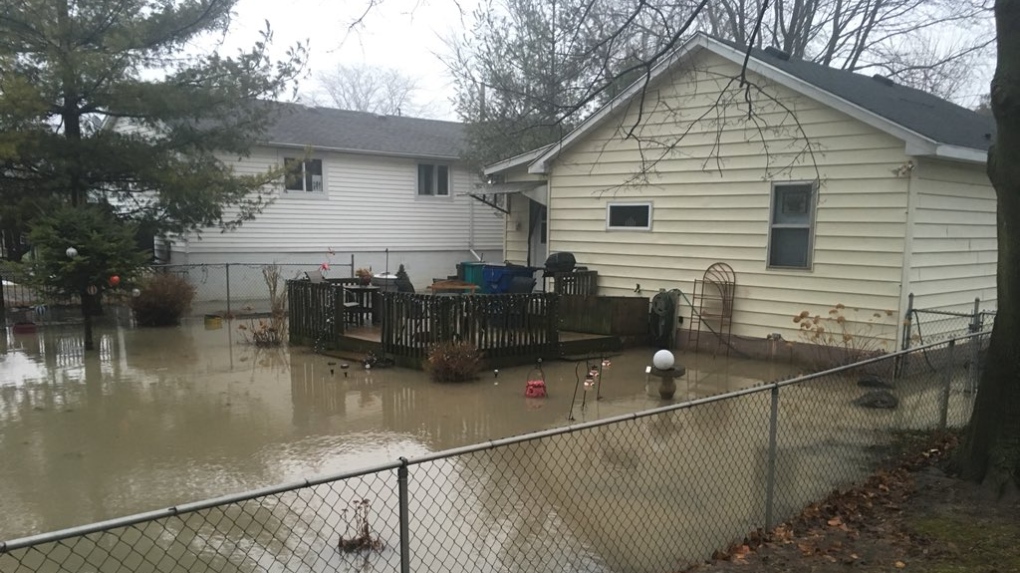 Water surrounds a home in Chatham after rising water levels from the Thames River on February 7, 2019. ( Chris Campbell / CTV Windsor )

A meteorologist says the flooding that has forced a state of emergency in Chatham-Kent is unique.

Mark Robinson of the Weather Network is a storm chaser and was in the area on Friday.

Robinson says the situation is unique for this time of the year as the thaw usually happens in March or April.

He says he has talked to area farmers and they're surprised with what they're seeing.

Robinson feels residents and the municipality need to keep a close eye on the situation.

"The big issue that we now have is that we can then have all this ice jam up and freeze into place so if we do get closer to April, March if can do get a big melt that could be a huge problem because we'll have the major potential for flooding and if any of these dikes go in this area, you could be in for a disastrous situation for a lot of people," says Robinson.

He says the temperature is playing a major factor.

"The up and down temperature cycles, you can get a freeze, thaw cycle and that's contributed to or likely one of the contributors to the break up of the ice on the rest of the watershed and they sort of move all the way down, down the river," says Robinson.