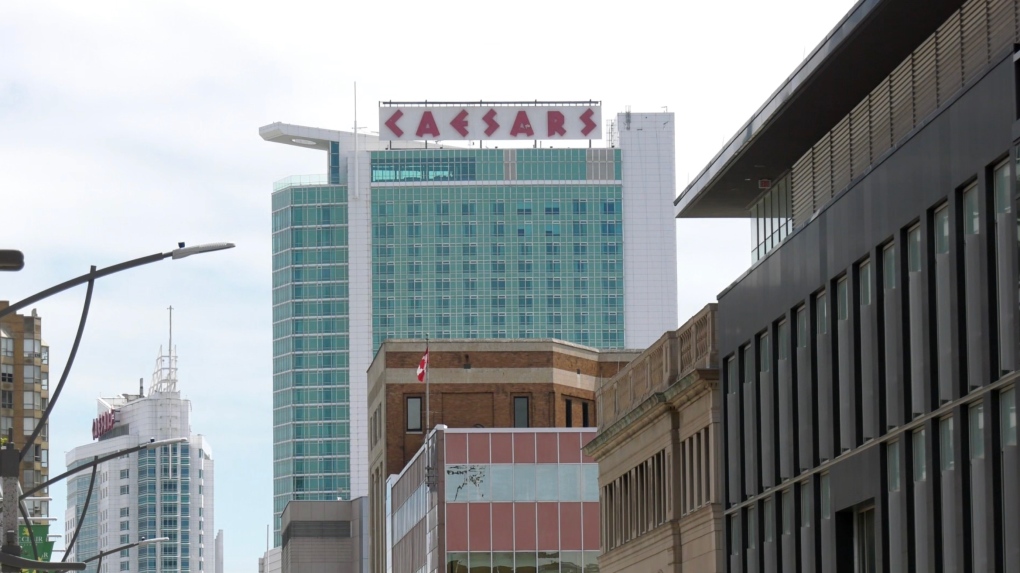 Caesars Windsor pokes above the streetscape in downtown Windsor on May 21, 2020. (Rich Garton / CTV Windsor)

The bill passed by a vote of 57-20 with five abstentions. It still needs a few procedural matters before it becomes law, but has been carried in the chamber where it has historically stalled out.

The move to legalize single game sports better is significant, according Masse.

“Billions of dollars away from organized crime and offshore accounts and put that towards responsible and also administrative regulated betting that actually bring some revenue into the country,” he says.

The federal government first tabled the new legislation for single-event sport betting back in November and it passed a final reading in the House of Commons in April.

The legislation has a long history with Windsor. It was first introduced to the House of Commons about 10 years ago by former Windsor MP Joe Comartin before being taken over by Masse.

The bill was then transferred to and introduced by former sports journalist Conservative MP Kevin Waugh (Saskatook-Grasswood).

The Senate has just now passed a bill to legalize single-event sports betting!

Single Sports Betting legislation was always about one thing for us at local 444 ...JOBS!

Today was a good victory.

In the past, the bill started as just an NDP bill, but built cross party support over time, Masse says.

“Because we had unfair competition in the U.S. so this is as much about protection our current footprint than it is about anything else,” he says.

He also credits the change of mindset from professional sports leagues and technology.

“You can do this right now on your phone and the mere fact that criminal organizations were benefiting from this certainly led to a lot of different discussions to change it eventually,” Masse says. “I think all those things combined are part of the reasons.”

“The reality is this is about jobs. It potentially could be 100-150 just at Caesars Windsor alone,” Cassidy says.

He has already spoken to Kevin Laforet of Caesars Windsor.

“And I see hopefully by the end of the year that we will have a sports book in Caesars Windsor. People will be able to go in there and enjoy the sports book,” Cassidy says.

“Hopefully the casino wants to do what Niagara Falls is doing,” Masse says. “They’re putting millions of dollars into a sports platform.”

After Royal Assent, the criminal code will be changed to allow betting on a single sport.