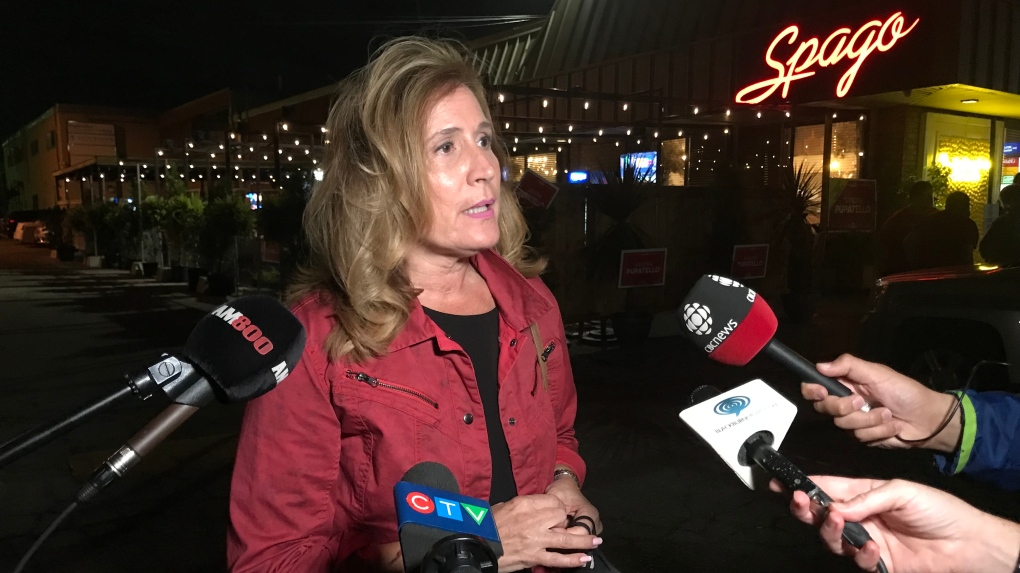 Liberal candidate Sandra Pupatello speaks with the media after losing in the 44th election to Brian Masse (NDP) in the Windsor-West in Windsor, Ont. on Monday, Sept. 20, 2021. (Michelle Maluske/CTV Windsor)
Windsor, Ont. -

Liberal candidate Sandra Pupatello says she’s proud of the campaign she ran against four other candidates, including long-time incumbent Brian Masse for the New Democrats.

“We’ve got to respect how people voted,” says Pupatello.

This is the second time the long-time provincial politician ran in Windsor-West for a federal seat, and lost to Masse.

Pupatello believes she ran a solid campaign with the “right issues” and a team of dedicated volunteers, a small group of whom attended a gathering in South Windsor Monday evening.

When asked if she would consider another run in Windsor-West, Pupatello dodged the question, instead answering that she wants voters to now “demand more” of their elected representative.

“I hope if anything comes out of all of this, it’s that, just demand more. Demand higher and start to dream big again,” says Pupatello.

“I can tell you having been in government when the feds have been in a minority, they don’t get the work done that people expect because there’s just too many games going on in Ottawa.”