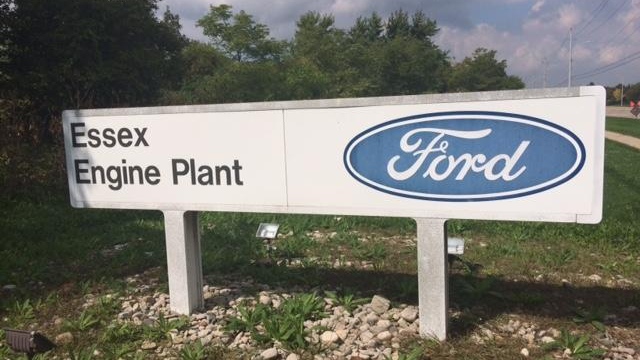 Repercussions are starting to be felt on Windsor-Essex production lines from last week's fire at the Meridian Magnesium plant in Lansing, Michigan.

The Ford Essex engine plant will be closed for the rest of this week.

The two-day shutdown is due to a production slowdown south of the border.

Essex engine supplies the V8 engines to plants in Kansas City, Missouri and Dearborn, Michigan. Ford has already halted production of the F-series at its Kansas City plant. Now, employees at the Dearborn truck plant have been alerted and production there could be stopped later this week.

That would force the automaker to temporarily lay off thousands of workers until it can get assembly lines running again.

Unifor local 200 president John D’Agnolo says the shutdown at Essex plant is only for two days, but it could be longer.

He notes not all 700 employees at the Essex plant may be off work, since some departments may be able to work.

The same fire at Meridian in Michigan has already created a parts shortage at the Windsor Assembly Plant, and as a result, FCA has shortened shifts.

As production is hobbled, Ford could face a shortage for its best-selling and most profitable truck.

Last month, Ford sold more than 73,000 F-series pickups with a majority being the F-150 model.

There's no word on how the shutdowns will impact dealerships.