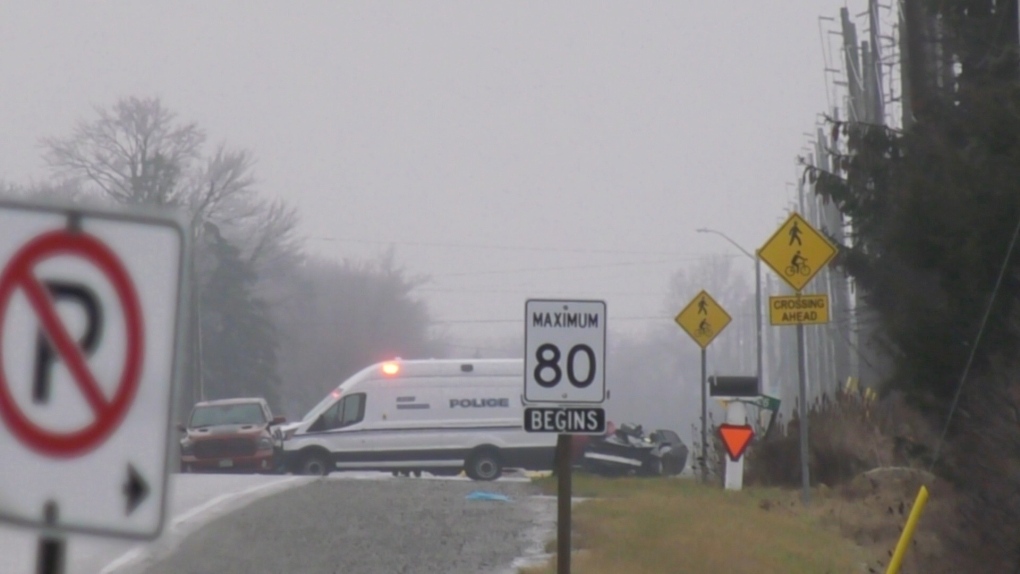 Two people were injured and one person has passed away following a collision in Amherstburg believed to be caused by wet road conditions.

Two vehicles were driving in opposite directions on Howard Avenue between Texas Road and Country Road 10 just before 6:30 a.m.

Police say one of the vehicles lost control and collided with an oncoming vehicle.

Two people were taken to the hospital with minor injuries. The driver of one of the vehicles was declared dead at the scene.

Police had the intersection blocked off for several hours before reopening the area around 1:30 p.m.

The identity of the victim has not been released, pending notification of next of kin.

'Disappeared without a trace': Kitchener family pleads for help after daughter goes missing in B.C.

Jaqueline McDermott, 22, from Kitchener has been reported missing in B.C., and her family is putting out a plea across the country for help. McDermott was last seen by her vehicle after attending a meditation retreat. RCMP said her vehicle was found, but she was not in it or near it.

With COVID-19 cases expected to rise, should you be wearing a mask again? Here's what experts say

Cases of COVID-19 are increasing across the country again as fall progresses and winter approaches. But this respiratory pathogen season is different than last year's, experts say, so the public's approach should be different as well.

Wood from primary forests in British Columbia has been used to fuel the U.K.'s largest power plant, according to a BBC investigation; the company denies the allegations.

The Toronto Blue Jays' first foe in the playoffs is now official.

Scientists have uncovered an association between tumours and fungi, which may lead to a deeper understanding towards the biology of certain cancers.

The Invasive Species Council of B.C. is asking the public to report sightings of a 'highly toxic' plant that can leave people's skin blistered and burned – something one family recently learned the hard way.

California serial killer 'on a mission' in slayings, police say

A California serial killer seems to be 'on a mission' throughout the fatal shooting of six men and the wounding of one woman dating back to last year.

Russian troops abandoned a key Ukrainian city so rapidly that they left the bodies of their comrades in the streets, offering more evidence Tuesday of Moscow's latest military defeat as it struggles to hang on to four regions of Ukraine that it illegally annexed last week.