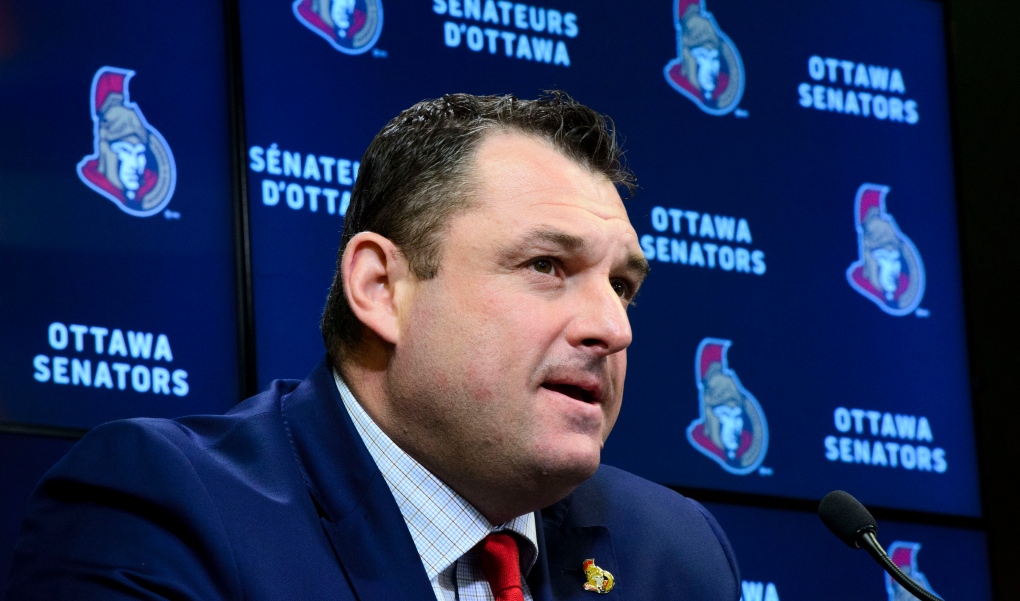 D.J. Smith is announced as the Ottawa Senators new head coach at a press conference in Ottawa on Thursday, May 23, 2019. THE CANADIAN PRESS/Sean Kilpatrick

The club announced the deal Wednesday, saying it will keep the 44-year-old native of Windsor, Ont., behind the bench through the 2023-24 season. Ottawa also holds an option for the following year.

Smith, a former assistant with the Toronto Maple Leafs, became the 14th coach in the Sens' history when he was hired in May 2019.

He has a 48-62-17 record over his first two seasons at the helm, with Ottawa finishing second-last in the all-Canadian North Division last season.

Before jumping to the NHL, Smith served as head coach of the Oshawa Generals in the Ontario Hockey League and guided the team to a Memorial Cup win in 2015.

Senators general manager Pierre Dorion said in a statement that Smith has an "exceptional ability to communicate with our players, with the team's coaching staff and with our management group."