Ontario’s economic development minister in Windsor for series of announcements 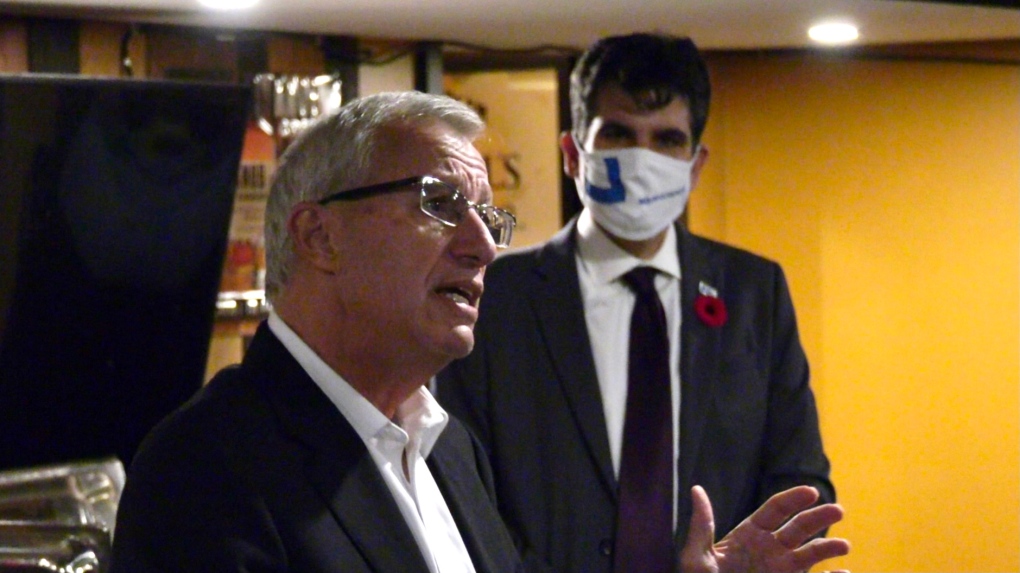 Ontario’s minister of economic development, jobs and trade is making multiple announcements this week in Windsor-Essex, but is also spending some time stumping for a local candidate.

Vic Fedeli is scheduled to make an announcement regarding government investments into local manufacturers Tuesday morning at CNCTECH in Belle River.

On Wednesday, Fedeli and Premier Doug Ford will be announcing the next phase of the province’s automotive strategy, ‘Driving Prosperity.’

Fedeli was chatting it up with business owners in the manufacturing sector and members of academia Monday night, and Looking to see how his party can support them.

He spent much of the evening alongside Windsor-Tecumseh PC candidate, Andrew Dowie.

“These are global players, shipping off Windsor and Essex County’s ingenuity to the world,” says Dowie. “And they need to be supported as much as possible by the local representative as well as the provincial government.

Dowie, who is currently a councillor in the Town of Tecumseh, is vying to become the first PC candidate to win that provincial riding in more than 90 years.

Dowie says the party is regularly sending cabinet ministers to the region because it believes in his chances, but also because members of government have concern and care for the region.

“Couple of weeks ago, the premier was down with the minister of health,” says Dowie. “In a few weeks, you’ll see some more cabinet ministers coming down to our community learning about it, meeting the people in it and ensuring we are heard.”

The next provincial election is slated for June, 2022.