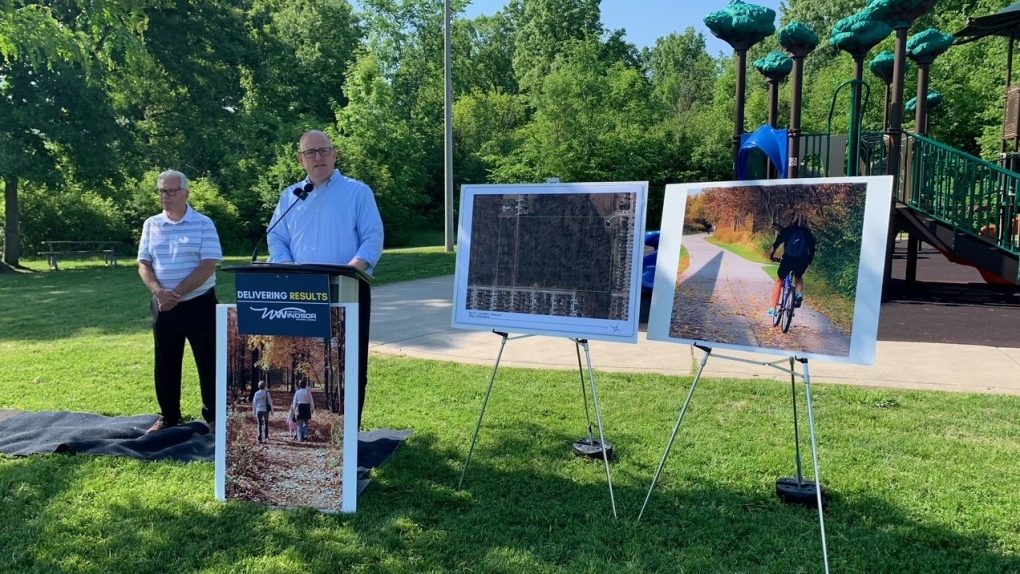 The City of Windsor is proposing to put another multi-use trail through the South Cameron Woodlot.

The woodlot measures 31.26 acres and is bordered by strong residential growth along its northern, eastern and southern boundaries.

“The South Cameron Woodlot multi-use trail would allow residents and visitors, in Ward 10 and beyond, to further explore this natural area, while also visiting great nearby spaces like Treehouse Park and the Ojibway Street/South Cameron Park,” said Dilkens.

City council has approved hiring a consultant to find the best way through the woodlot, and that could include the possibility of a scenic winding path from Ojibway Street, near Rankin, across to Treehouse Park on Kenora Street. Another option could be a more direct trail connecting both of the existing dead-ends of Ojibway Street through the woodlot.

“The South Cameron Woodlot is an important area of greenspace for residents of Ward 10, but as it currently stands, it can present difficulties to residents living on the east and south ends looking for quick access into either neighbourhood. By adding an environmentally sensitive trail through the woodlot, we’ll be expanding this community’s active transportation network while also making travel more convenient,” said Morrison.

Earlier this month, council approved $950,000 for advancing nine projects, including a South Cameron Woodlot multi-use trail. City administration expects the consultant report to be completed by the end of summer, with the project presented to council as a part of the 2023 proposed capital budget.