Man with machete dies after getting shot by Windsor police officer

Man with machete dies after getting shot by Windsor police officer

A 70-year-old man has died following a police-related shooting in downtown Windsor Monday.

Officers were called to the area of Wyandotte Street and Ouellette Avenue Monday around 2:20 p.m. for a report of a person with a weapon.

“The guy was standing in the intersection, right here, in the middle of the intersection and he had a machete. And he was waiving it around,” Wayne Craig, who witnessed the situation, told CTV News.

“At that point, you notice coming from this way right here, two cops came flying up. As they came flying up the guys attention turned to the cops and he raised the machete at them and he got shot."

As per provincial legislation, the Special Investigations Unit will be investigating. Any witnesses and all info and inquiries are to be directed to the SIU.

As per provincial legislation the Special Investigations Unit @SIUOntario has carriage of this investigation. Any witnesses and all info and inquiries are to be directed to #SIU. Website: https://t.co/yJOX9TztTY https://t.co/CNe4GaX43Y 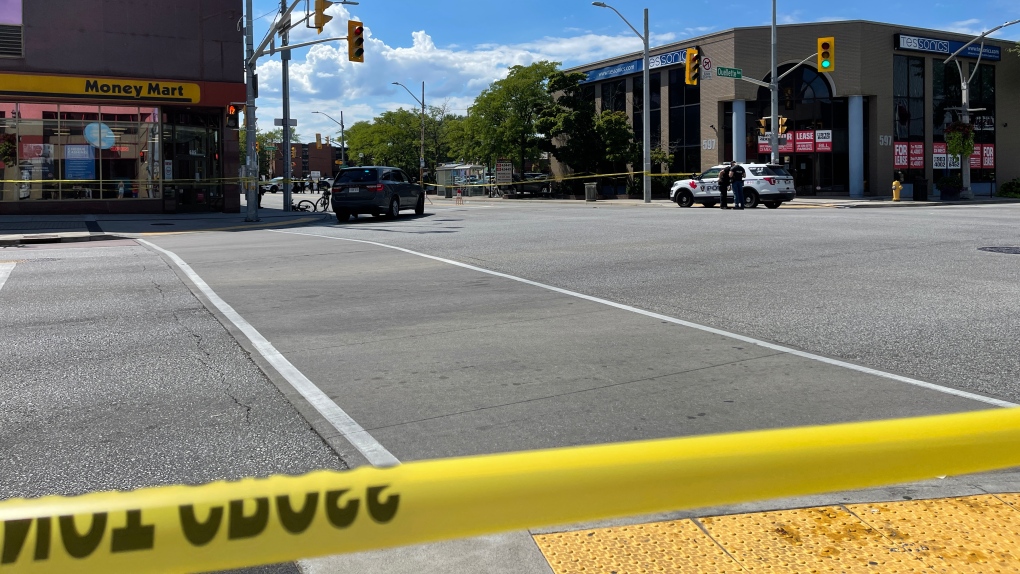 Police say a suspect with a weapon was shot by an officer in Windsor, Ont. on Monday, Aug. 15, 2022. (Travis Fortnum/CTV News Windsor)
An update from the SIU says officers were called to the area for a 70-year-old man wielding a machete and threatening people.

The SIU confirmed there was an interaction between the man and officers where one officer deployed a Taser and another officer shot him.

Paramedics took the man to the hospital with life-threatening injuries. According to the SIU, he died in hospial later that evening.

Police say no officers were injured during the incident.

Update: The man has died in hospital.

Windsor police say the scene is being held pending further SIU investigation. The public is asked to avoid the area.

CTV News has declared the Quebec Liberal Party (PLQ) will retain its official Opposition status, and Party Leader Dominique Anglade has been re-elected.

The Iranian government's crackdown on protesters is likely to 'intensify' in the coming days, despite sanctions from Canada and international condemnation, an expert says.