Kusmierczyk, the popular Windsor City Councillor, won Monday's federal election race in the riding with 33.4 per cent of the vote while Hardcastle had 32.3 per cent support. 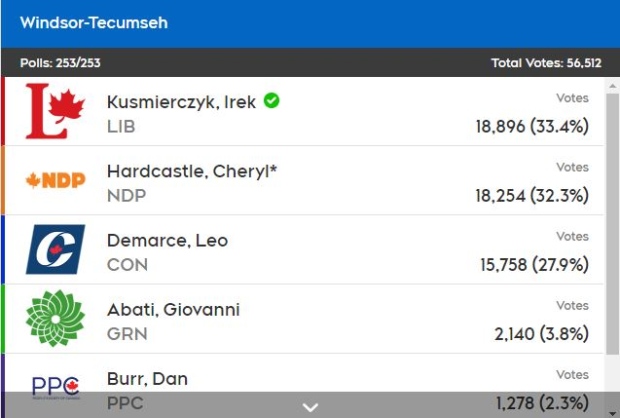 Kusmierczyk tells CTV News he is ready to fight for what residents want in Ottawa.

"As your Member of Parliament, I'm going to continue to advocate for the auto sector and auto jobs, I will continue to advocate for more funding for flood mitigation, make sure our health care system is the strongest it can be, and make sure young people have the skills and education they need to succeed in today's economy," said Kusmierczyk early Tuesday morning after being declared the winner.

Hardcastle says she will continue to work in the local community.

"I've always been a community oriented person and I'm going to continue doing that," says Hardcastle.

Here are the latest results from Elections Canada.

What happens if no party wins a majority of seats? Minority possibilities, explained