Lawn signs call on Windsor to knock down vacant homes 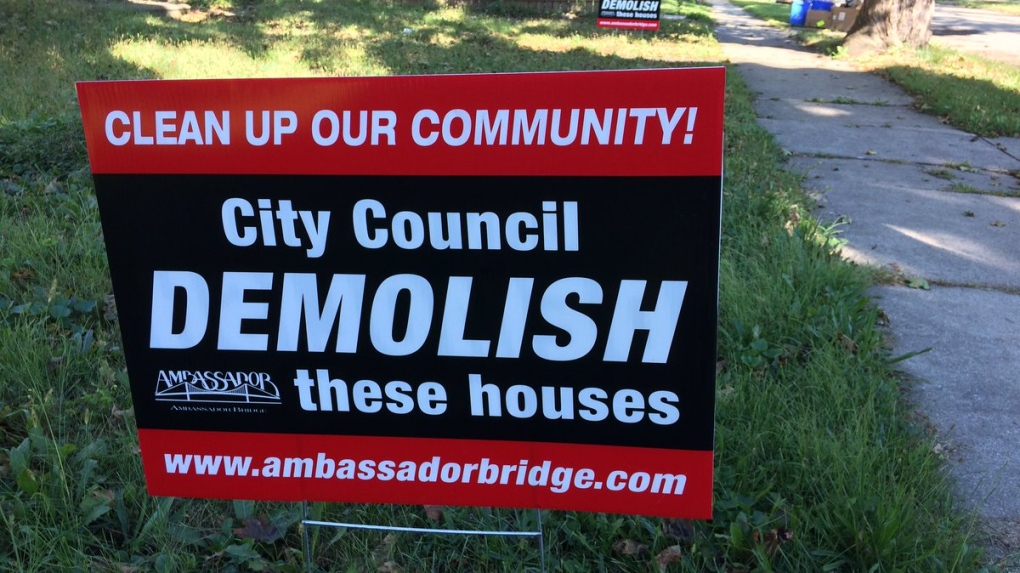 Campaign signs are popping up all over Windsor, but a new batch of signs are not on select front lawns to get anyone elected.

They are aimed to get some vacant homes taken down.

The owners of the Ambassador Bridge have placed lawn signs around homes it owns in the city’s west end, calling on council to allow the boarded up homes in Sandwich Towne to be knocked down.

“This was in response to the community petition and the child getting injured by a needle and reports by our own security people of what they're seeing going on, and the numerous needles that they've had to pick up on the properties in the area which has nothing to do with the election,” says Stan Korosec of the Detroit International Bridge Company.

Korosec tells CTV News they want the homes knocked down and replaced with a green space.

Many of the homes are currently protected by an interim control by-law that forbids their demolition.

The Ambassador Bridge has stated construction of the privately-funded bridge will begin soon for their span and anticipate a completion date of 2020. Officials say the bridge will cost a total of $1 billion.