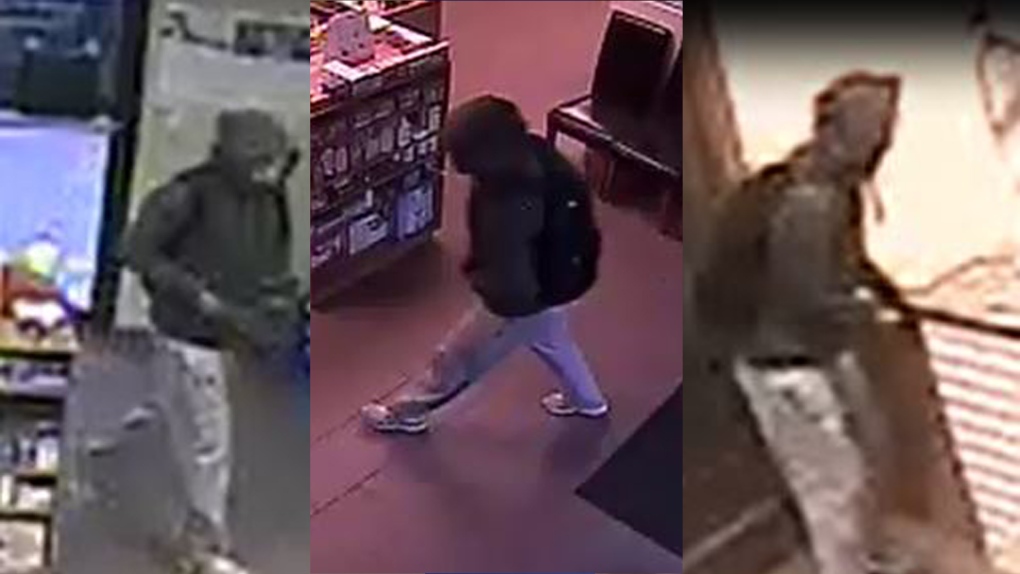 OPP are looking for a suspect after a robbery in Lakeshore. (Courtesy OPP)

Essex County OPP are looking for a suspect after a pharmacy robbery in Lakeshore.

Officers responded to the report of a robbery at the Royal Oasis Pharmacy in the 400 block of Advance Boulevard on Tuesday at about 7:30 a.m.

Police say a lone male entered the pharmacy wearing a black backpack and demanded cash and narcotics from pharmacy employees.

The suspect left the pharmacy with a minimal amount of narcotics and cash.

This is the third time in three months that the pharmacy has been robbed.  It was also robbed December 14th and January 18th.