'I am thrilled': Windsor man turns $100 lottery win into $3 million

'I am thrilled': Windsor man turns $100 lottery win into $3 million 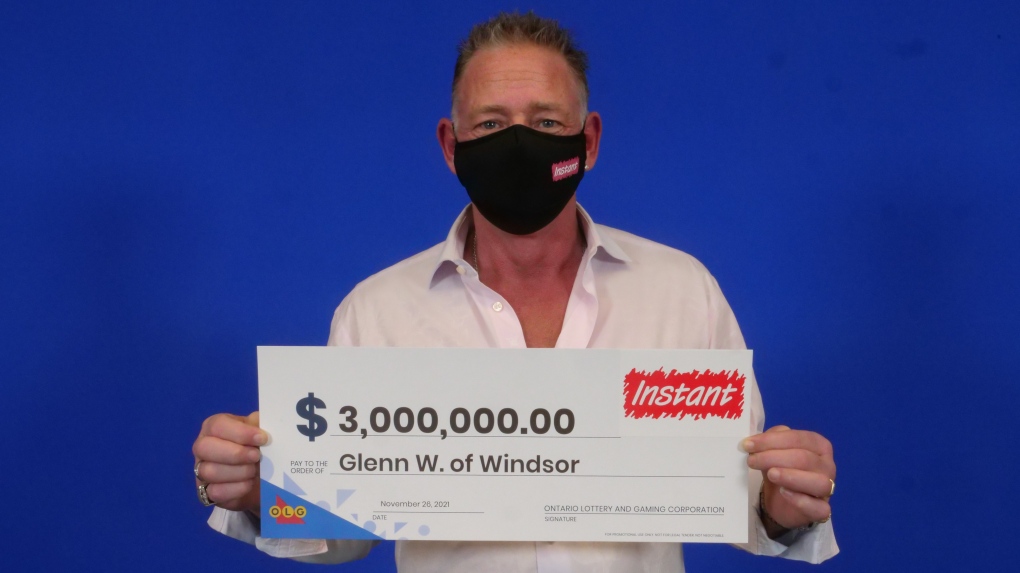 Everyone inside a Lakeshore convenience store was celebrating after a Windsor man discovered he would be the lucky winner of a $3 million lottery prize.

Glenn Weitz, a Windsor construction worker, won the top prize with OLG’s Instant Triple Millions, a win he discovered while playing his ticket in his truck.

“After matching three numbers, I had to count the zeroes,” he said. “I went back into the store and the clerk’s eyes went wide. We started celebrating together! The other customers were jumping up and down!"

Weitz says he is a regular lottery player.

“My favourite game is POKER LOTTO ALL IN. That's why I purchased this ticket – I won $100 on POKER LOTTO and treated myself to an INSTANT ticket," he shared while at the OLG Prize Centre in Toronto to pick up his winnings.

Wietz plans to invest his winners to provide for his family in the future.

The winning ticket was purchased at MS Lakeshore Convenience on County Road 22 in Emeryville.

Another lucky Windsor winner turned one dollar into a $100,000 prize playing Encore.

The winning ticket was purchased at Zehrs on Tecumseh Road in Windsor.

An armed man who tried to breach the FBI's Cincinnati office was shot and killed by police after he fled the scene, leading to an hourlong standoff Thursday afternoon, the Ohio Highway State Patrol said.