'How can people do this?': Kitten rescued after being abandoned in a donation bin

WINDSOR, ONT. -- Rescued after being abandoned in a donation bin inside an east end apartment building, a kitten is recovering in good hands.

Now the residents who found her are asking why?

On Monday, Hickson was working at the Lions Manor apartment building on Strabane Avenue when he noticed a kitten in their donation box.

“I went over and got it out,” says Hickson.

“Stunned, just stunned,” explains Hilton’s wife, Millie Hickson. “He came home and said would you believe this, someone put a cat in the Lions Manor donation box where they put all the eyewear.”

Hickson says he noticed a stranger in the lobby of the building, but it was a neighbour who alerted him to the kitten in the donation box.

“The audacity to throw a little kitten in like that. Totally defensive. Ugh, really irked me,” says Millie Hickson.

The couple cared for the kitten for the day before bringing it to Olaf’s Feline Rescue and Sanctuary, where she was named Luna.

“She was stressed a bit, but after being dumped in a donation bin wouldn’t you be stressed?” says Olaf’s Feline Rescue and Sanctuary founder, Lori Grodin. 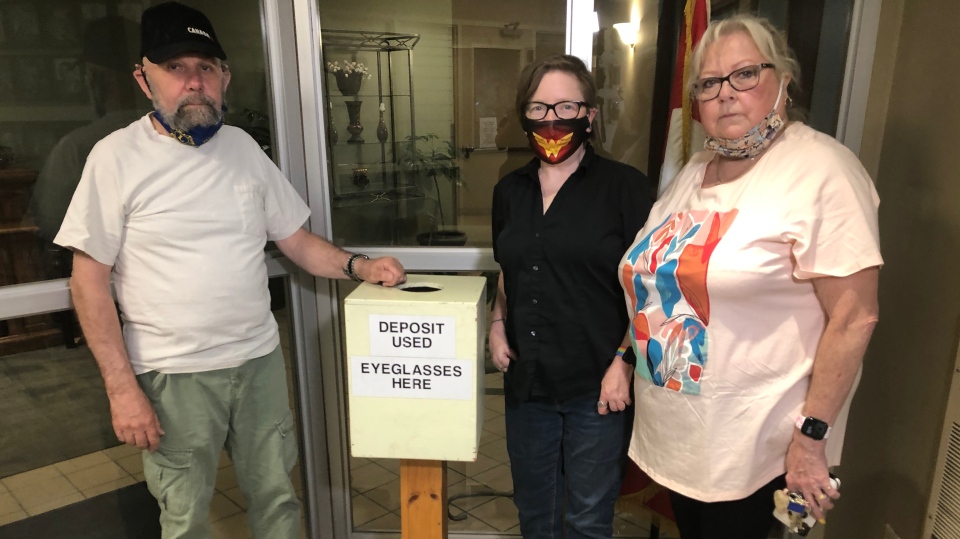 Grodin says she reached out to Animal Welfare Services Wednesday to file a report.

“It is against the law to dump animals and they’re starting an investigation,” says Grondin.

“The ministry can confirm that Animal Welfare Services is conducting an investigation into this matter. Given the active investigation, it would be inappropriate to provide further detail.”

Grondin says pets being abandoned is unfortunately not uncommon.

“This is not the first cat that was dumped we’ve had two others that were dumped,” says Grondin.

Both the shelter and the Hicksons say they are hoping to find out who left Luna there.

“I hope she goes to a good home, a forever home. I really hope if that woman gets caught she really learns a lesson from this,” says Millie Hickson.

“How can people do this? How can they just dump a kitten? I mean look at her she’s adorable. How can you do that to something. That’s why we run the rescue, is to give these kittens a chance at having a life,” says Grondin.

Grondin says Luna is overall healthy and will be seeing a veterinarian today.

If given a clean bill of health from the veterinarian, Olaf Feline Rescue says Luna will be available for adoption Thursday.