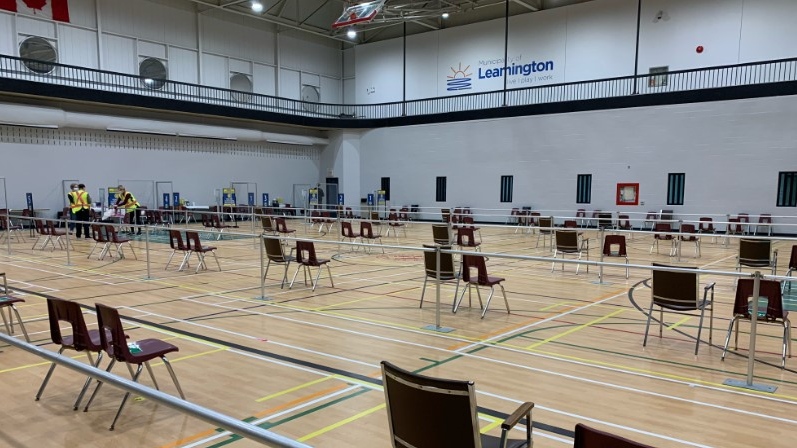 WINDSOR, ONT. -- A year ago Leamington Mayor’s was horrified at the possibility of using the town’s arena as a morgue, but now she sees the light at the end of the tunnel in the recovery in the COVID-19 pandemic.

The Nature Fresh Farms Recreation Centre didn’t end up as a morgue for COVID-19 deaths, but instead now the facility is being used as a vaccination clinic for residents over 80 years old.

Mayor Hilda MacDonald is hopeful it will help provide protection for the town’s most vulnerable.

“It feels like there’s hope on the horizon,” says MacDonald. “We’re actually able to do some tangible things now with the residents in our region.” 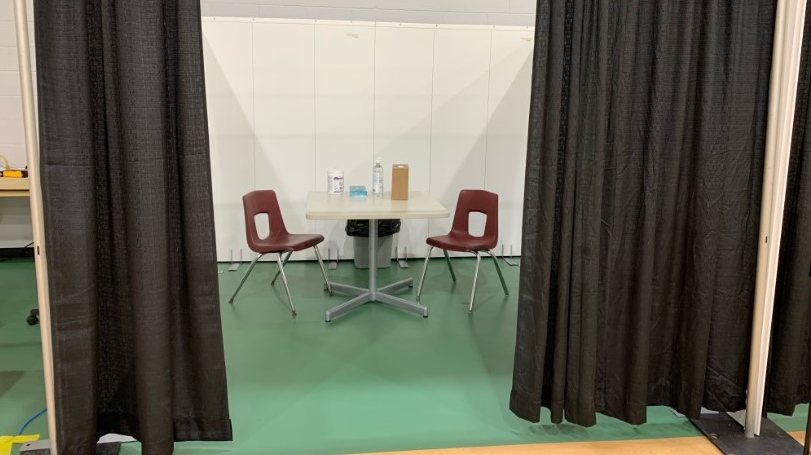 She says the region has come a long way, but she’ll never forget when the pandemic hit last March.

“The day we got the call about the about the possibility of using the arena as a temporary morgue, stuff just got real, it brought tears to my eyes, chills to my skin.”

The clinic opened on Monday, March 8 and is inoculating about 160 people a day.

Erie Shores Healthcare CEO Kristin Kennedy says this is a full-circle moment for the municipality. It was used as a testing facility for migrant workers last summer.

Kennedy says they are looking at ways to vaccinate the agri-farm sector.

“We’re working through those plans right now,” says Kennedy. “They’re in the development phase. We’re waiting on what the priority framework will look like for some of those vulnerable populations.”