Flooding reported across Windsor-Essex as warning remains in place 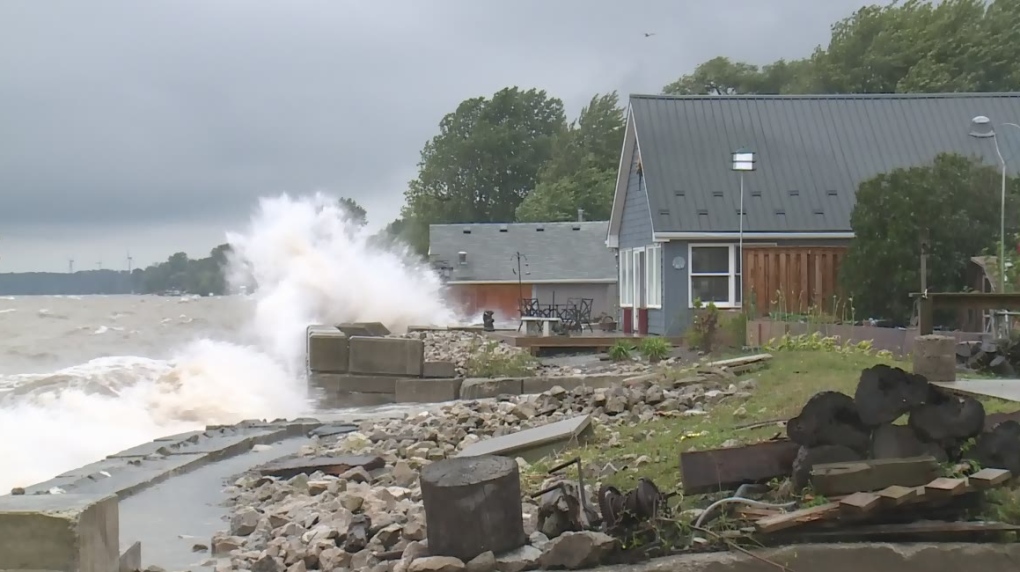 LONDON, ONT -- The Essex Region Conservation Authority is reporting in several communities as a Flood Warning remains in place through Tuesday.

According to the ERCA there is flooding in Leamington, Kingsville, Amherstburg, LaSalle, and the Township of Pelee.

In Leamington Currently flooded areas include Cotterie Park Road between Fox Run Road and Mersea Road 2 and Marentette Beach Road. Shoreline and property damage from waves and erosion is likely.

Kingsville is experiencing flooding along County Road 50 (Heritage Road) west of the Cedar Creek bridge. Properties in low lying areas are affected the most.

In Amherstburg Elevated water levels in the Detroit River has pushed water up into the Canard River which has flooded portions of Riverview Drive west of Beneteau Drive.

Pelee Island is experiencing significant waves and spray due to strong east winds.

The ERCA says residents should take extra caution to avoid areas where flooding is occurring as well as rivers, streams, and shoreline areas during significant rainfall and wind/lake events.”

If strong winds continue it is likely that flooding will continue through Tuesday according to the ERCA.