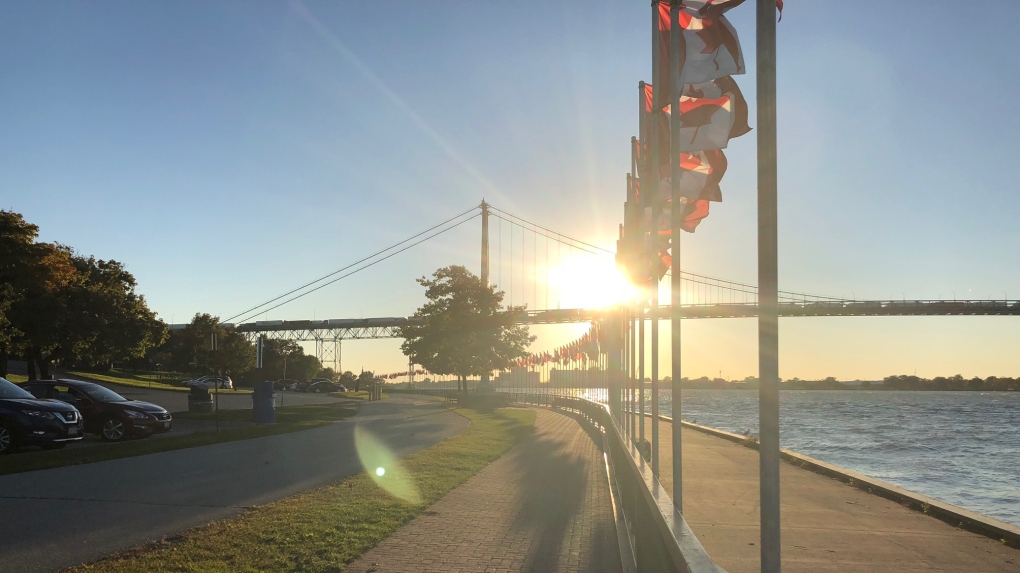 The Flags of Remembrance tribute along the Windsor riverfront has been vandalized.

The 128 Canadian flags were raised at Assumption Park on Sept. 24.

Within two weeks, someone stole some of the sponsor plaques, so they took all the plaques down.

“Unfortunately we had to take the plaques down due to vandalism, there were 10 plaques, taken, stolen, they blatantly climbed up onto the railing and used side-cutters and cut em off,” says Terri Davis-Fitzpatrick with Veterans Voices Of Canada .

They are valued at $250 each, but more importantly, the Flags of Remembrance are in memory of every man and woman missing or killed in action since the war.

But this is a story with a bit of a happy ending.

“I had an anonymous gentleman here in Windsor that wanted to pay for the stolen plaques, he wanted to cover that cost, he wants to remain anonymous,” says Davis-Fitzpatrick.  “It’s very generous of him, his father served with the Essex Scottish.”