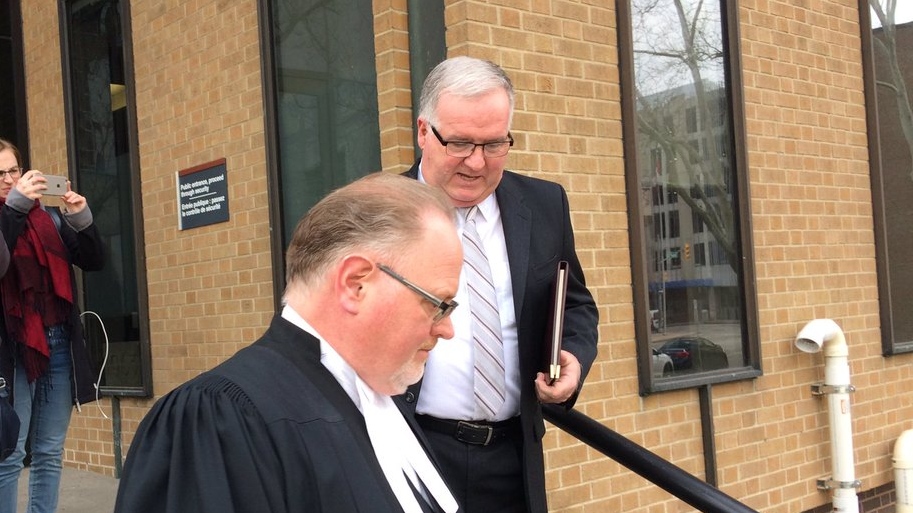 Robert “Bob” Kissner was granted parole on July 5, after serving nearly three years of his sentence in a federal prison.

Kissner, 65, was convicted in 2019 of nine offences, including sexual assault and sexual exploitation against four male victims.

Kissner started his sentence in August 2019, although the Parole Board of Canada will not divulge where he was incarcerated.

According to their five-page written decision, the Parole Board of Canada outlined their areas of concern when Kissner was initially sent to prison.

“The areas of personal/emotional and attitude were assessed to be a moderate need for improvement; marital/family a low need, while education/employment, substance abuse, and community functioning had no need,” the document reads.

Kissner was assessed as a “minimum security offender” for the duration of his sentence.

Over time, the report indicates improvement by Kissner, which allowed them to reduce his need for improvement to low or “no need”.

He completed two programs for sex offenders in February 2020 and again in January 2021.

In November 2020, a Psychological Risk Assessment was completed on Kissner, which determined “your risk to reoffend is in the below average range for sexual reoffending.”

Kissner was denied full parole but granted day parole in June 2021 because of his good behaviour in prison, successful completion of programming and below average risk to reoffend.

The Parole Board of Canada wanted Kissner to demonstrate stability in the community before being granted full parole.

As of July 2021, Kissner was out of prison and living in a community-based residential facility in an undisclosed community.

He was not to communicate with any victims or their families and to continue with a treatment plan.

“You (Kissner) have now been in the community for just under 12 months and there have been no concerns noted,” the report reads. “You are prompt and attentive at supervision meetings, journal your daily activities and are transparent in sharing information. You have complied with police reporting requirements.”

The board says Kissner has established a support network with faith-based resources, where the Chaplain is aware of Kissners’ offences.

He has also visited Kingsville with pre-approved travel permits to visit close family and to attend his home which he owns in the community.

“There are no security intelligence concerns and you remain a low risk for general recidivism and below average for sexual offending. You accept responsibility for your offences and demonstrate victim remorse,” the report reads.

In requesting full parole, Kissner told the Board he intends to return to his “home community” to live in the home he owns, debt free.

“You have positive family support in that community and while you understand the potential for media attention, you have a strong circle of friends and supports to assist you to deal with such stress.”

The Board says Kissner has been compliant “in every aspect” of his day parole release and the nearly three years he spent on bail while awaiting trial.

They say, full parole “is the next logical step” while also noting the seriousness of Kissner’s offences.

“The Board does not lose sight of the index offences, where over a number of years, you sexually abused vulnerable adult and underage males,” it reads “You used grooming, coercion and your position of authority over the victims, resulting in serious harm.”

Kissner must abide by parole conditions to not associate, either directly or indirectly, with any victims or any members of the victims’ families.

The second condition reads “In order to ensure your access to potential vulnerable victims is limited, you are not (to) occupy positions of influence over potential victims by leisure activities, employment or volunteerism.”

At sentencing, Kissner was ordered to provide a DNA sample and his name will be on the Sexual Offenders Information Registration Act (SOIRA) for life.

The general public does not have access to the names on the SOIRA.

CTV News has reached out to Ken Marley, Kissner’s defence lawyer for comment.

A series of unusual leaks on two natural gas pipelines running from Russia under the Baltic Sea to Germany triggered concerns about sabotage Tuesday, overshadowing the inauguration of a long-awaited pipeline that will bring Norwegian gas to Poland to bolster Europe's energy independence from Moscow.