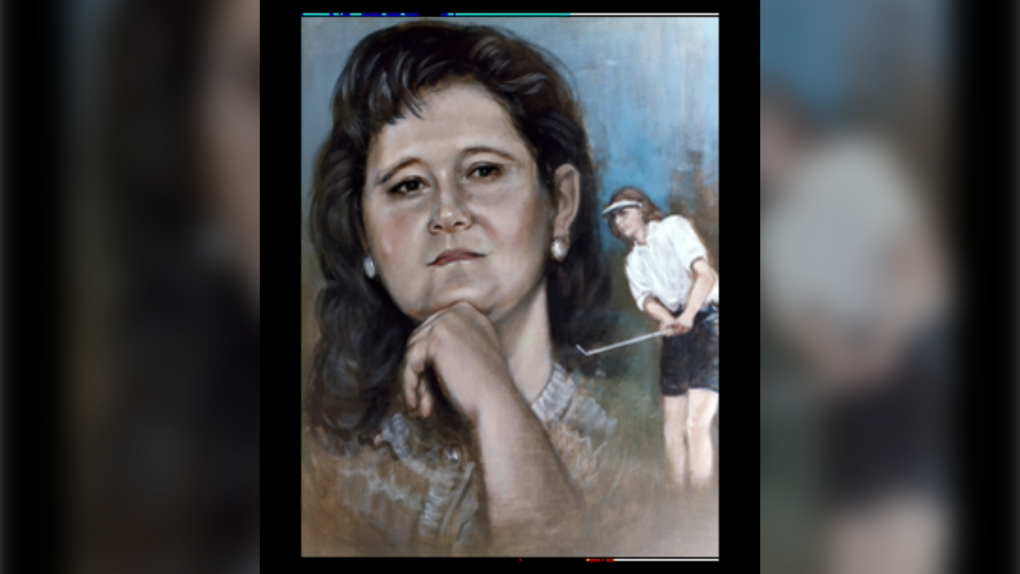 Audrey Bendick-Akins, a champion on and off the golf course, has lost her battle with Leukemia.

“She touched many people’s lives. It’s a great loss for our community,” said Joye McAvoy who became friends with Akins during their junior days at Hideaway Golf.

“She won the Canadian Juniors at the age of 13 and really inspired me to work hard at my game to play at her level,” she said.

McAvoy put in the work spending time with Akins at the course five days a week. The payoff earned her the opportunity to travel to various tournaments across North America and abroad with her friend.

A highlight for McAvoy was when they teamed up to represent the province in the mid-80s.

“The Ontario team was represented by all the golfers from Hideaway,” said McAvoy. “It was myself, Audrey and Sandra Renaud. Nick (Panasiuk) Sr. was really proud of us.”

Akins, a frequent member of the national team, was inducted into the Windsor-Essex Sports Hall of Fame in 2001.

She was the youngest to win a national junior golf championship, won an Ontario Amateur Title, was captain of the University of Oklahoma’s team and won a gold medal for Canada at the Commonwealth Games in 1986.

The Windsor local also had an impact in the classroom. The Kennedy grad was an educator and head of the English department at Sandwich Secondary. Akins is described as having a knack for guiding students.

“She was so good with them. She was so calm,” said Sarah Moore, a former colleague. “Never raised her voice. Had expectations from them that they respected.”

Moore wishes she and the staff could have spent more time with their friend during her battle. Audrey was diagnosed during the early part of the pandemic. “So during COVID people couldn’t visit. We did a drive-by once. It’s just tough,” she said.

Moore and her husband Rob coached Akins’ kids Dallas and Jada at Sandwich, “who are just outstanding people.”

Dallas won a silver medal with the St. Clair College men’s basketball team earlier this year and is now coaching with the Border City Athletic Club.

Jada is a former track athlete at the University of Windsor and is now a model for a New York agency.

As one of her last wishes, Akins reached out to Moore asking to have a scholarship set up at Sandwich to honour a student-athlete who exemplifies a passion for sport, leadership and mentorship.

“Of course, we’re like ‘yeah,’” said Moore. “Because you name awards after great people.”

Moore says towards the end of her journey Akins was encouraging people to give blood because she was receiving transfusions multiple times a week.

“That’s another goal of ours at the school is to get that back up and running again and have people donate blood in her honour.”

'COVID is not done,' Canadian infectious disease expert says ahead of WHO announcement

While RSV and flu cases steadily decline in Canada, the World Health Organization is set to announce on Monday whether it still considers COVID-19 a global health emergency, but one infectious disease specialist says we still need to keep an eye on the coronavirus.

Roughly one in 200 babies born in Canada today will have congenital cytomegalovirus, a virus that can lead to hearing loss, intellectual disability or vision loss. But with only two provinces screening newborns for CMV, one father is asking other health-care systems to do more.

As Canada's RCMP marks 150th anniversary, a look at what it says needs to change

After years of reports and allegations detailing a 'toxic' workplace, Canada's RCMP says it is trying to evolve, focusing on diversity in its organization and repairing relationships with communities as it marks its 150th anniversary.

Once-in-a-lifetime discovery: Indigenous jacket that may be a century old turns up in small U.K. town

When 1990s suede fringe jackets started making a comeback last year, a U.K.-based vintage clothing company decided to order four tonnes of suede from a supplier in the United States. Along with that shipment came a once-in-a lifetime discovery.

A solo exhibition at the Art Gallery of Ontario in Toronto is celebrating 50 years of David Ruben Piqtoukun's work. It features more than 60 pieces by the veteran Inuvialuk sculptor.

Majority of affordable homes approved under federal program not yet constructed

The federal government has set aside billions of dollars to quickly build affordable housing across the country, but delays in construction suggest many of the projects approved for funding are missing their deadlines.