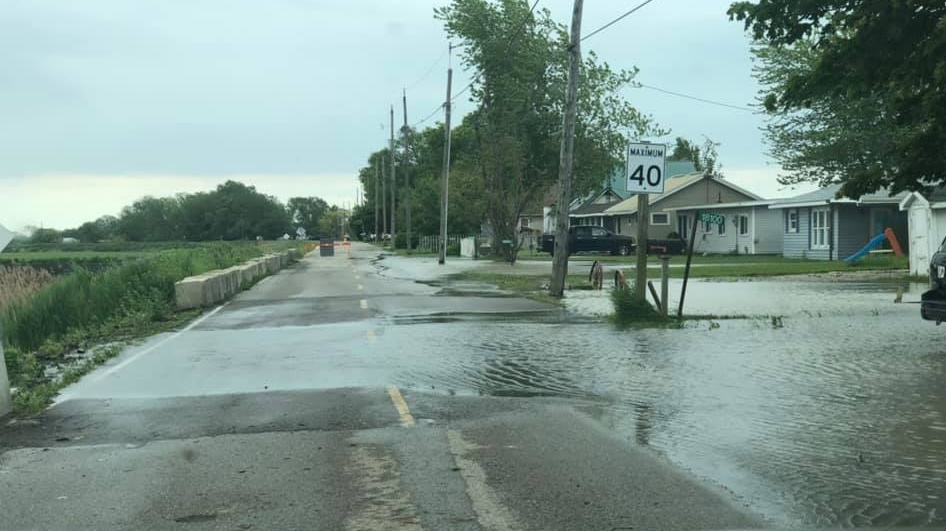 In a unanimous vote on Monday, all 17 members of council approved the declaration in a motion tabled by South Kent councillor Trevor Thompson.

According to Thompson, the municipality has lost three metres a year in shoreline due to erosion.

The municipality has already closed a section of Talbot Trail from Coatsworth Road to Stevenson Road due to erosion. Erie Shore Drive has also been closed due to flooding.

"We have an issue here that isn't going away," said Thompson.

According to consultant Peter Zuzek, who is leading the Chatham-Kent Lake Erie Shoreline Erosion study, residents living along Lake Erie can expect more challenging conditions due to high water and erosion.

Recommendations from the study are planned for December before a final report is submitted in March of 2020.

Mayor Darrin Canniff and Thompson both say the impacts of climate change will be "catastrophic" to Chatham-Kent's economy and municipal budget, costing millions of dollars.

"If we don't have our environment, we don't have anything" says Canniff. "So we need to do what we can to protect it and plan for the future. That's the most important part is planning to ensure that ten years from now, we've done the right thing."

The declaration allows Chatham-Kent to join a "national and international movement to provide a lens through which all strategy, politics, action-items and opportunities can be viewed," according to the motion.

Council has also instructed staff to come up with recommendations for immediate and long term solutions.