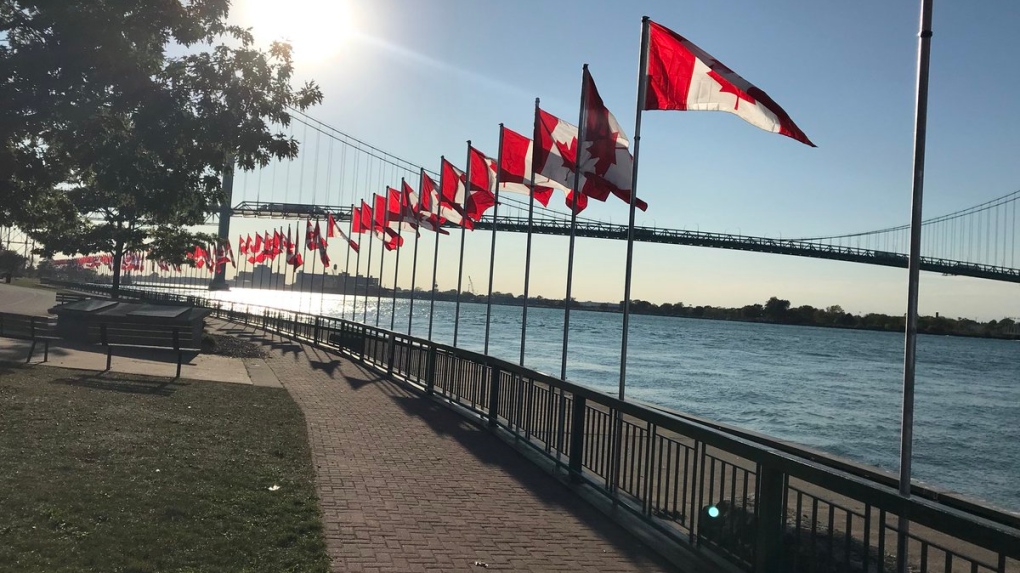 If you head to Windsor’s riverfront, you will see a lot of red and white.

As a tribute to the 128,000 Canadians killed or missing in action between the Boer War and Afghanistan War, 128 Canadian flags have been raised at Assumption Park.

Windsor is one of 16 communities across Canada taking part in the Flags of Remembrance project with the Veterans Voices of Canada.

A ceremony will be held Saturday at 1:30 p.m. at the riverfront near Sunset Avenue to honour the fallen soldiers. It will include a military marching band, bugler, piper and a flypast.