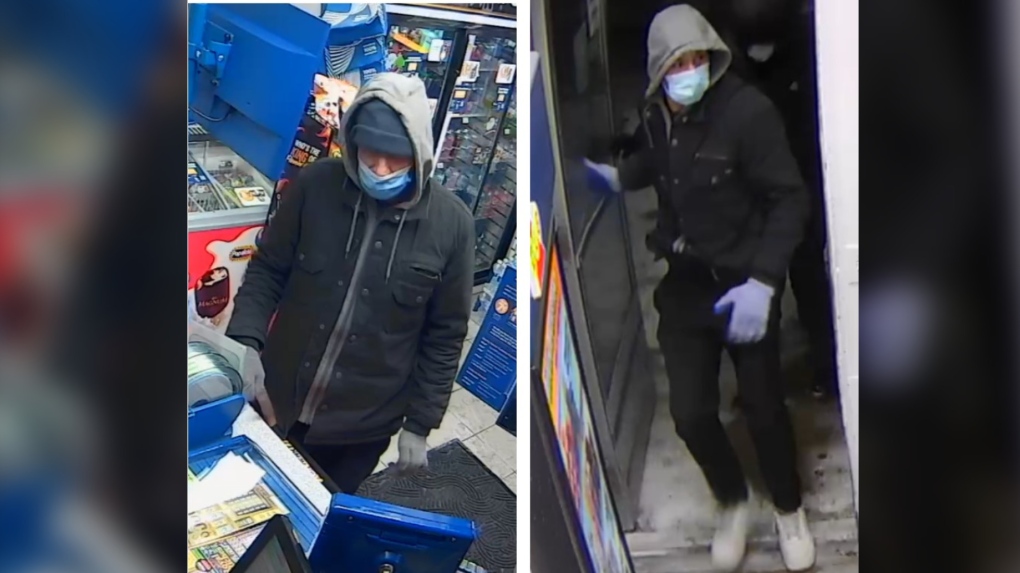 The Major Crimes Unit is asking for the public’s help identifying the suspects.

The following evening, around 9 p.m., a second male suspect robbed a convenience store in the 2900 block of Tecumseh Road East.

In both incidents, police say the suspects brandished a weapon but no one was physically injured.

The suspects are both white males, approximately six-feet tall. At the time of the robberies, they wore a black or blue jacket, a grey hooded sweater, black pants, a blue toque, a surgical face mask, and grey gloves.