The City of Windsor has received a big funding boost for homeless initiatives.

It’s part of the provinces’ Social Services Relief fund. Just over eight million dollars from upper levels of government will continue to help those experiencing homelessness find a pathway to permanent housing.

Grove was living on the street at the Downtown Mission and 'couch surfing' for three and a half years.

"I was homeless, and these great people found me somewhere to be," says Grove.

With the help of the city’s H4 Hub at Windsor Water World, in less than one month Grove now has a place to call home.

"When I close the door behind me, I said this is mine. This is where I’m going to sleep." 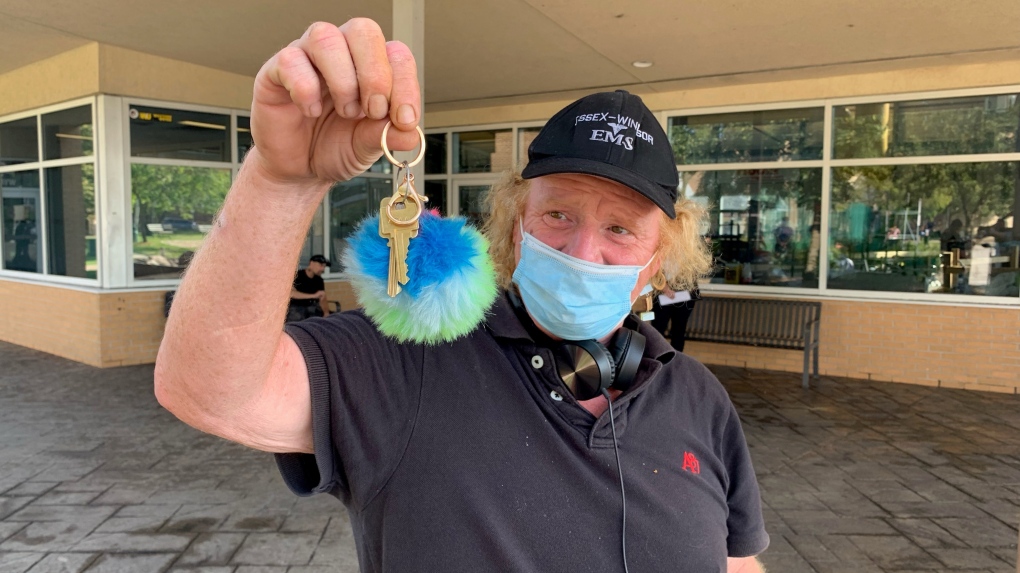 "That’s what we are, we are housing focused, the solution to this is housing," says Debbie Cercone, Executive Director of Housing Services, City of Windsor.

"This announcement from the province is another $8.2 million investment to invest in keeping facilities like the one behind me open. The H4 housing model which has helped house almost 108 people in the city of Windsor," says Mayor Drew Dilkens.

This week the City of Windsor received $8,287,000 from the province to continue to fund its housing and homeless support centre at Windsor Water World.

"It’s expensive to provide all the supports and to help people in the way that they need to be helped. There are a lot of supports required to assist the people that use this facility, but it’s the first step," says Dilkens.

Homeless on and off for many years, John McAlpine is also grateful for the services provided at the H4 hub.

"They took control and they helped me. Within six weeks I had a place to live. I have a beautiful apartment," says McAlpine.

This is the final phase of the Social Services Relief Fund, but Cercone says the money will enable the city to continue day programs for the homeless in partnership with 28 local agencies and keep the centre open until March 2022.

"I’m just so thankful that I’m no longer homeless and I just thank the city. I plan to live here for the rest of my life, may not be too long," says McAlpine.

The city is working on a plan to build a shelter and make this a permanent model.