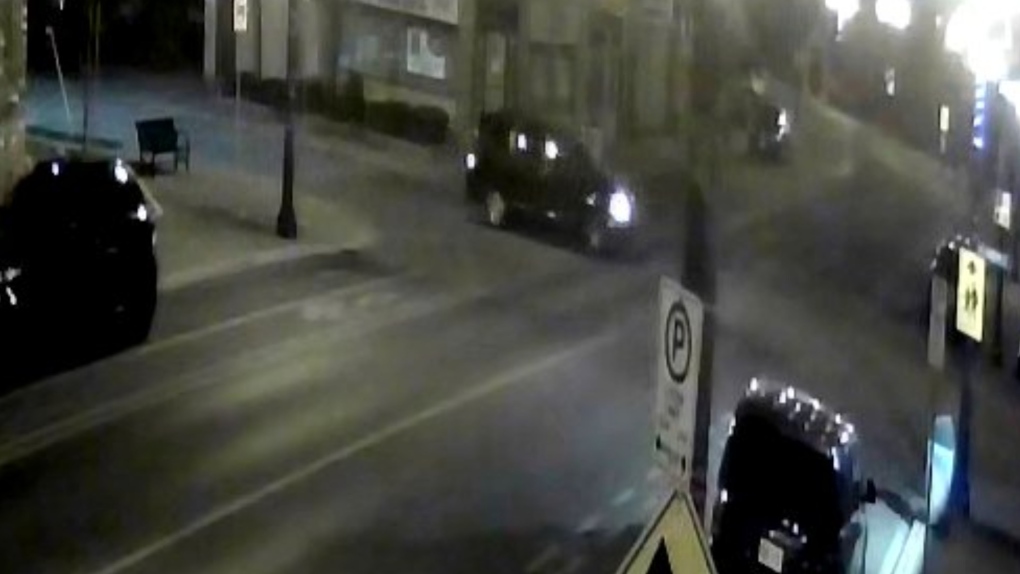 Investigators have obtained a surveillance photo of the suspect vehicle, which is believed to be a 2008-2010 Dodge Caravan, dark in colour. (Source: Windsor police)

Windsor police have arrested and charged a 22-year-old man in connection with a fatal hit-and-run crash.

The Major Crimes Unit launched an investigation after a report of a collision involving a vehicle and a pedestrian at the intersection of Elsmere Avenue and Ellis Street East on Friday.

Police say the pedestrian, a 33-year-old man, has since died from his injuries.

Ahmed Mousa, from Windsor, turned himself in to police on Nov. 22. He has been charged with failure to stop after an accident resulting in death.

Officers say the vehicle involved in the collision, a black 2008 Dodge Caravan, has been located and seized as evidence.

Police are thanking the public for their assistance with this investigation.