$110,000 in drugs seized from vehicle by Windsor police 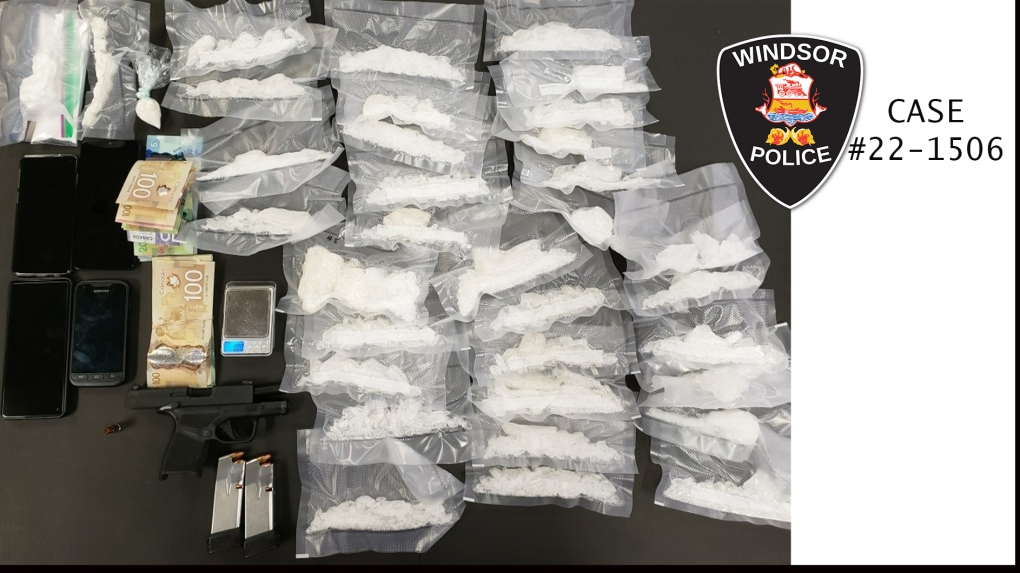 Windsor police charged a Whitby man after seizing about $110,000 in drugs and a loaded firearm.

The Windsor Police Service Drugs and Guns Enforcement (DIGS) Unit launched an investigation in October 2021 into the suspected trafficking of illicit drugs. During the course of the months-long investigation, a suspect and suspect vehicle were identified as being involved.

Police say a large quantity of illicit drugs and a loaded firearm were located inside the vehicle and seized as evidence. The estimated street value of the drugs is approximately $110,000.

A Ukrainian court sentenced a 21-year-old Russian soldier to life in prison Monday for killing a civilian, sealing the first conviction for war crimes since Moscow's invasion three months ago.