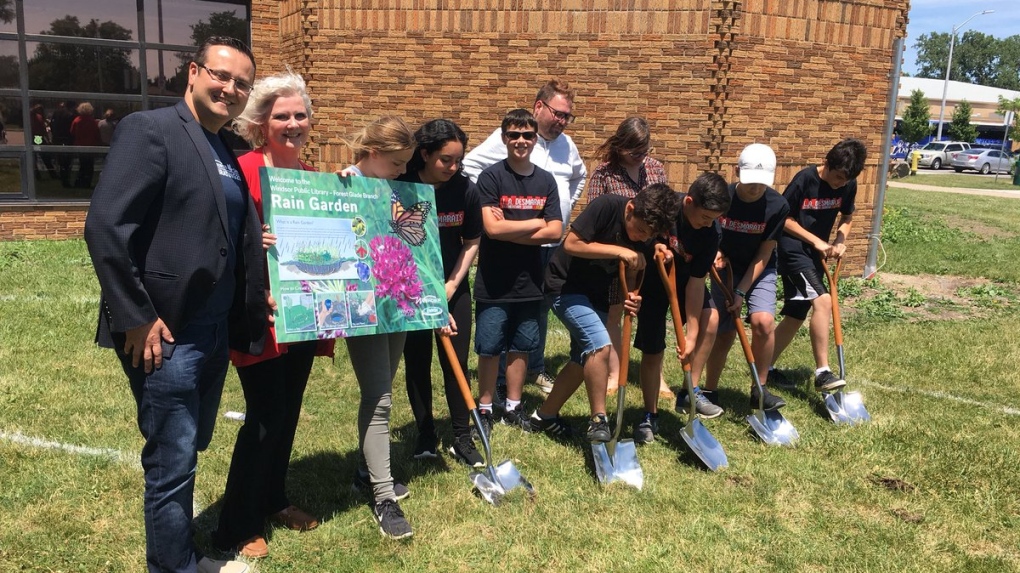 A groundbreaking on Tuesday for an idea meant to help control neighbourhood flooding.

A demonstration rain garden will be built at the Forest Glade branch of the Windsor Public Library, thanks to help from Enwin, the city and the library system.

The concept was proposed by a robotic team of Grade 8 students at L.A. Desmarais Catholic Elementary School.

The garden is designed to filter runoff away from storm sewers and reduce the amount of fertilizers and pesticides, as well as engage young people on the importance of water conservation.

“It really demonstrates the fact that you got young people here that can affect change in our community,” says Ward 7 councillor Irek Kusmiercyzk. “It's a very powerful lesson. They don't have to wait until they're 30, 40 or 50 to get involved in our community. They can make change and positive change today and I think that's the underlying message of this project.”

Significant rainfall, up to 290 millimetres in some areas, from Aug. 28 to Aug. 29, 2017 brought major flooding to Windsor, Tecumseh, and other parts of Essex County. City officials say they received over 6,900 reports of basement flooding.

It happened less than a year after more than 200mm of rain fell on Windsor and Tecumseh on Sept. 29, 2016. More than 1,500 homes in Tecumseh reported flood damage while Windsor’s 311 Call Centre received 2,532 reports of flooded basements during that storm.