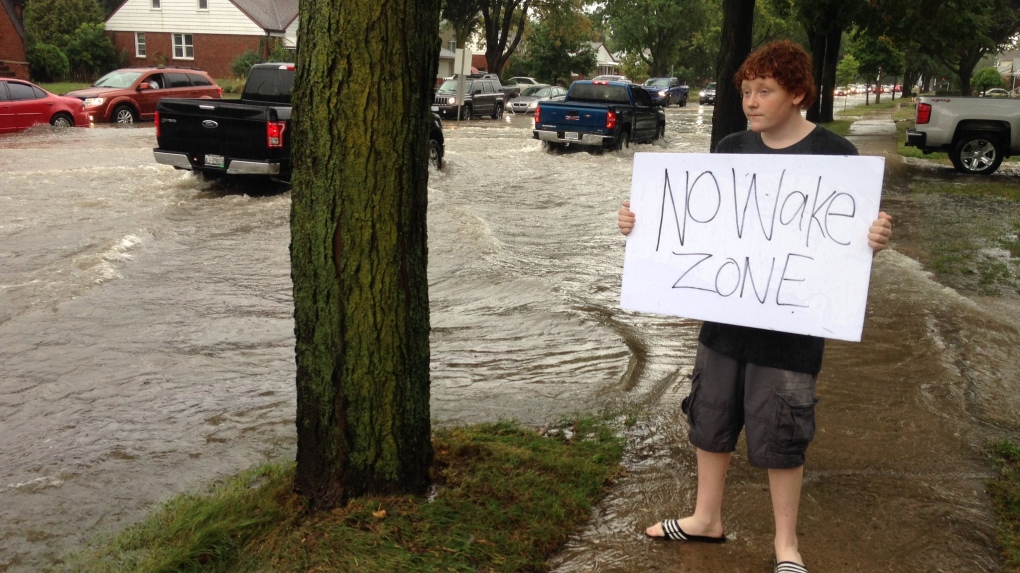 Too hot, too dry, too wet, too cold, and too mild.

The unusual weather conditions made for an extreme weather ride for Canadians in 2017, from devastating forest fires to frequent floods and heavy rains to ice storms and dramatic temperature changes.

Environment and Climate Change Canada has released its 22nd edition of Canada’s Top 10 Weather Stories, and the record rainfall in Windsor-Essex finished fifth on the list.

The storm started with light rain falling before noon on Aug. 28 before heavier amounts followed overnight and continued the next day.

In less than 48 hours, southwest Windsor recorded 222mm of rain and Riverside-Tecumseh recorded 140 to 200mm of rain. LaSalle was hit the hardest with 125mm of rain on August 28, another 160mm the following day. That’s 285mm in 32 hours, making it one of the wettest moments in Eastern Canadian history.

In Windsor, the City says it received more than 6,900 reports of flooded basements.

According to Environment Canada, Windsor-Essex recorded the most expensive single-storm loss across Canada in 2017. The insurance payouts totaled a whopping $154 million.

August’s record rainstorm happened less than a year after more than 200mm of rain fell on Windsor and Tecumseh on Sept. 29, 2016. More than 1500 homes in Tecumseh reported flood damage while Windsor’s 311 Call Centre received 2,532 reports of flooded basements during that storm.

Environment and Climate Change Canada also reported an increase of 1.4°C from December 2016 to November 2017, counting as the eight-warmest year on record in 70 years. That brings Canada to hit its 21st consecutive warmer-than-normal year.