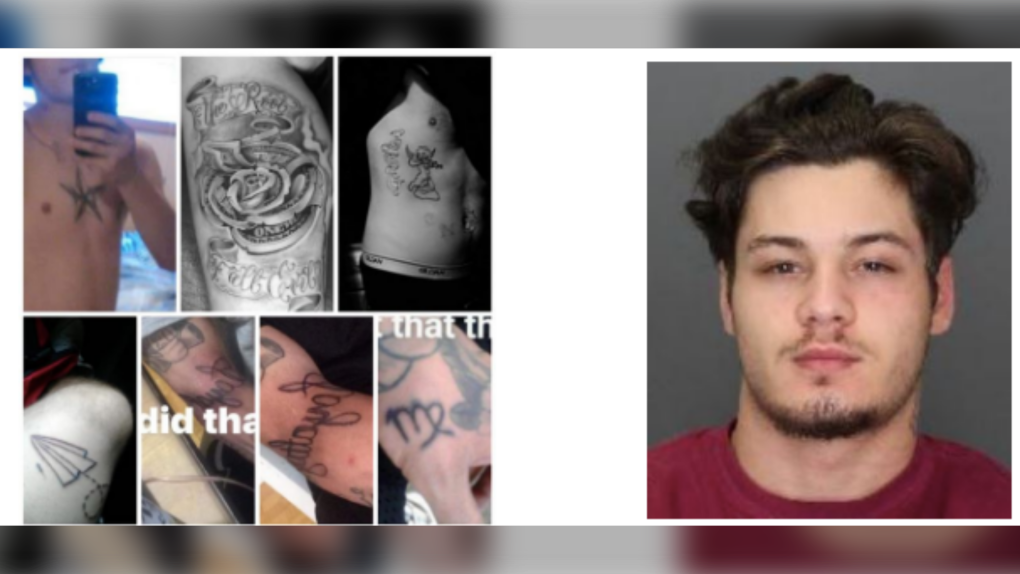 Windsor police have released additional photos of a man wanted in relation to an attempted murder investigation.

Police released an updated description and tattoo photos of an attempted murder suspect who remains outstanding on a Canada-wide warrant.

On Saturday, Feb. 27 police responded to the 3000 block of Downing Street for a shots fired report.

When officers arrived they found a vehicle with gunshot damage as well as a victim who did not sustain any physical injuries.

Police say the victim was driving in the area when two suspects inside another vehicle fired shots and fled the area.

One suspect was arrested without incident and charged with attempted murder, but police continue to search for Robert Labrecque, 20, of Windsor.

The Windsor Police Service Major Crime Unit is continuing to investigate, and is seeking any information that may assist with the suspect’s whereabouts.

Labrecque has several "distinct" tattoos. Some pictured while others are described as:

Police say Labrecque should be considered armed and dangerous, and if he is seen to not approach, but call 911 immediately.