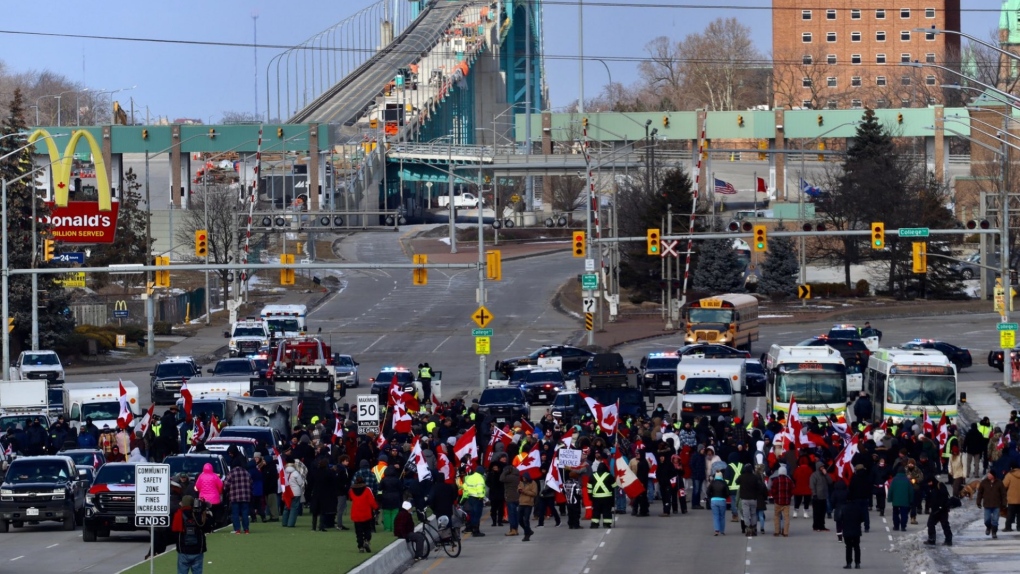 Windsor police say they have charged two people related to the "Freedom Convoy" movement that took place in Windsor in February.

During the course of the protest, Windsor police officers and partnering policing agencies, worked together to identify participants and the organizers/leaders involved.

On Feb. 9, police say two vehicles were seen by police to be driven into the intersection at Huron Church Road and Tecumseh Road West, causing all access to northbound traffic to be blocked. This ultimately blocked traffic attempting to cross the Ambassador Bridge international border.

Through investigation, police say both of the drivers have been identified. Both drivers were also identified by police as being leaders/organizers of events during the convoy.

Nycole Dicredico, 42, from Windsor, is charged with mischief.

William Laframboise, 41, from Windsor, is charged with mischief.