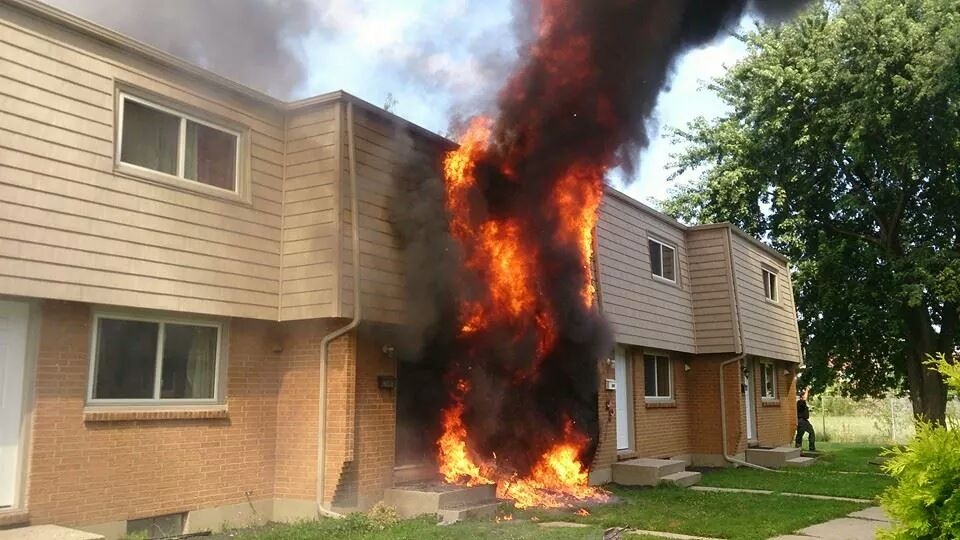 Windsor fire crews are investigating a blaze on the city’s east side.

Firefighters were called to 2667 Scarsdale Rd. just before 4 p.m. on Thursday. Large flames and black smoke could be seen exiting the townhouse near the Canadian Tire.

The fire was contained to one unit, but three others sustained smoke and water damage.

One tenant has been taken to hospital with smoke inhalation. It’s unclear what caused the fire.