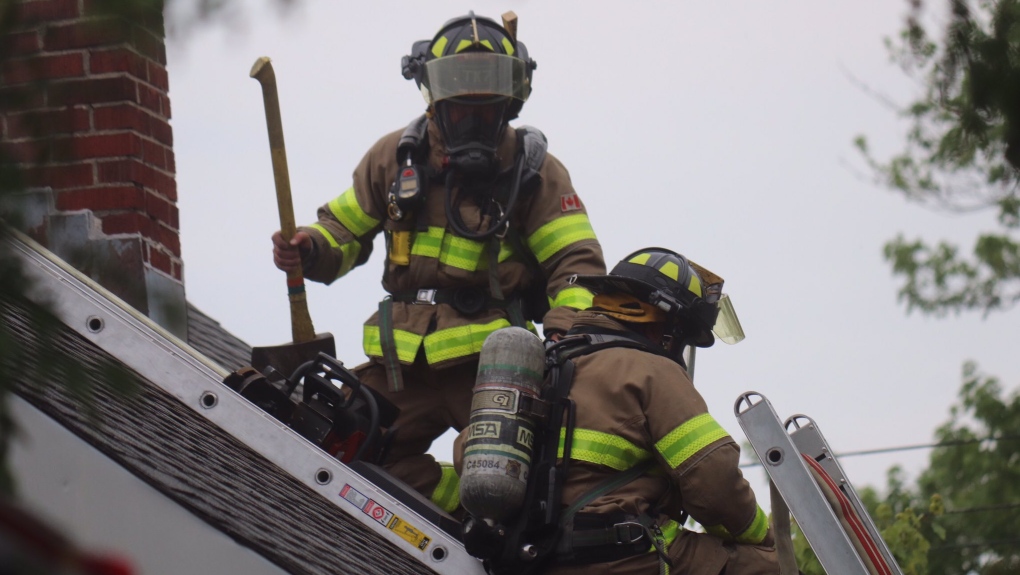 Windsor fire crews responded to a house fire in the second floor in the 1900 block of Tourangeau Road in Windsor, Ont. on Sunday, June 21 2020 (courtesy OnLocation/Twitter)

WINDSOR, ONT. -- Windsor Fire and Rescue Services responded to a blaze on the second floor of a house Sunday which was quickly put out by fire crews.

Crews were on the scene of an upgraded house fire around 3:30 p.m. Sunday in the 1900 block of Tourangeau Road.

Windsor police had the area blocked off from traffic while crews attacked the fire.

The fire was under control and reported to be out about 15 minutes after Windsor Fire tweeted crews were on the scene.

Windsor Fire has deemed the fire accidental caused by "a torch during flat roof work," the damage is estimated at $70,000. 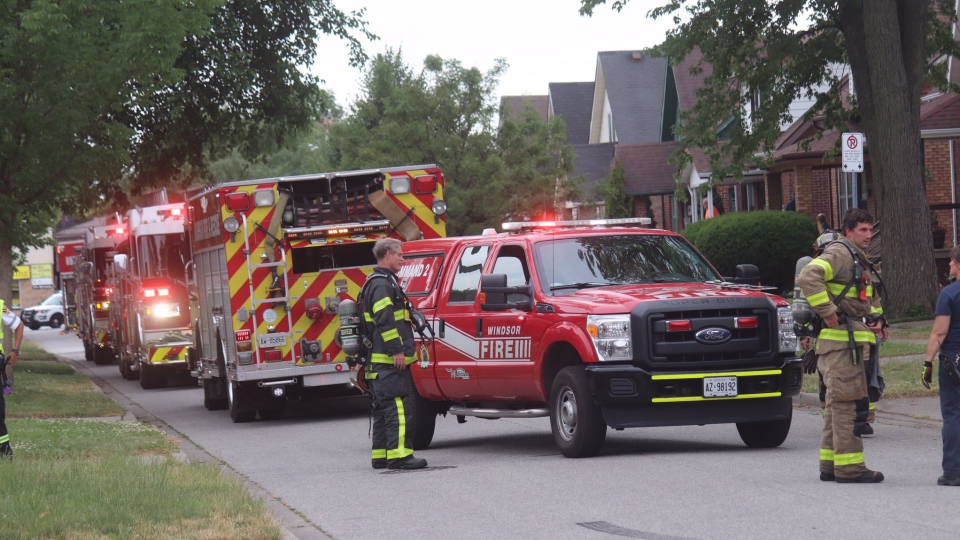 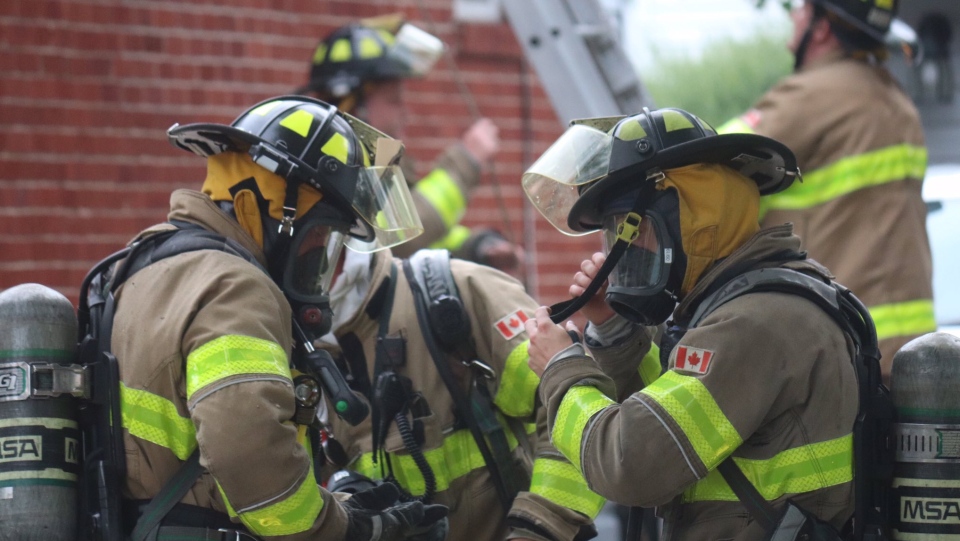