As the rain continues to fall, Windsor-Essex County is well on its way for a record for the month.

Environment Canada says 24 mm of rain was collected Sunday at Windsor Airport, breaking the previous record of 21 mm set back in 2000.

The Essex Region Conservation Authority (ERCA) issued a Flood Watch, which will be in effect until midnight Oct. 26.

All farmers like Brendan Byrne (no relation) can do, is watch and wait. 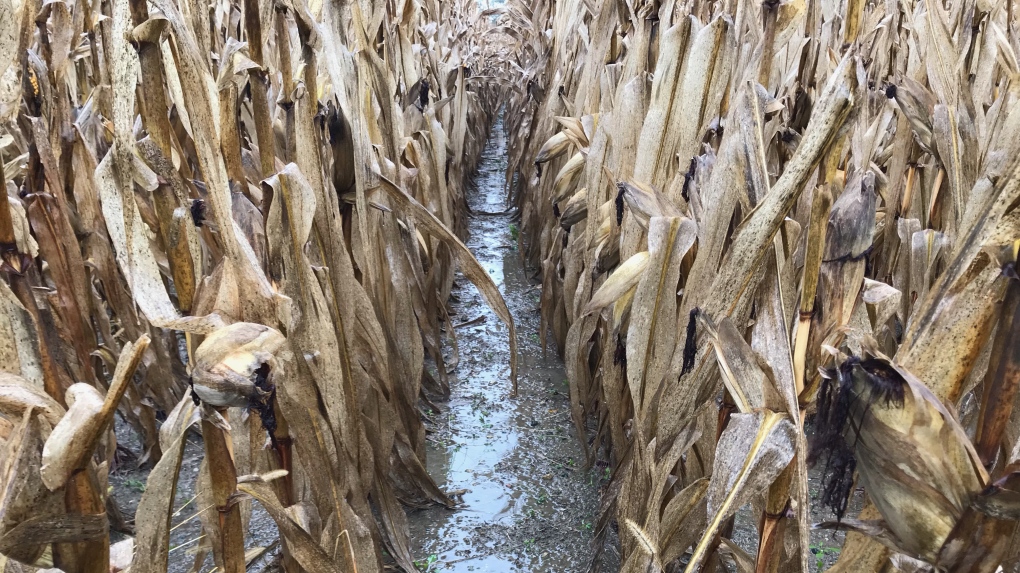 “We’re getting all they’ve (forecasters) called for and more so we certainly didn’t need it,” he says.

Byrne says there is still a lot of soy beans and corn to be harvested, most of which is now standing in water.

Plus, Byrne says a lot of farmers use this time to do maintenance on their fields —work which cannot happen or it will create huge ruts in the soil.

“There’s a lot of winter wheat that would have got planted or got planted, right before this that maybe won’t make it now,” says Byrne. 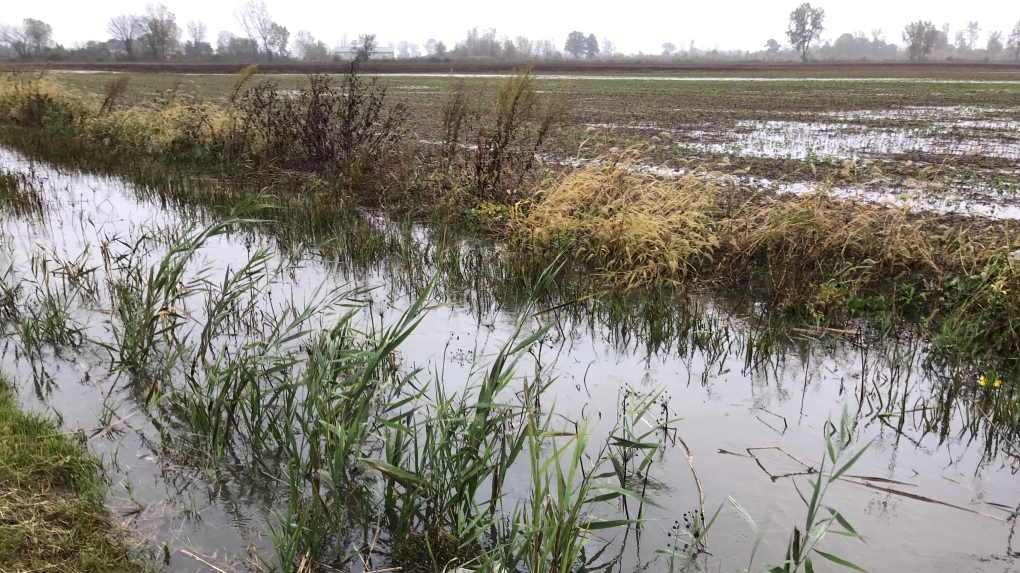 In spite of the record rain, the storm itself has been falling in the best way possible, according to Jim Parker, of Parker Construction.

“If it falls over time, the ditches, the storm sewers things like that can handle it,” says Parker.

He hasn’t received any calls for flooded basements, yet.

As of 3:30 p.m. Monday, City Hall has received just one call for a flooded basement in the City of Windsor.

“People have learned to cope with the situation,” says Parker, including installing a sump pump, back water valve, disconnecting downspouts, improving grading away from their foundations, cleaning out gutters and clearing debris from catch basins. 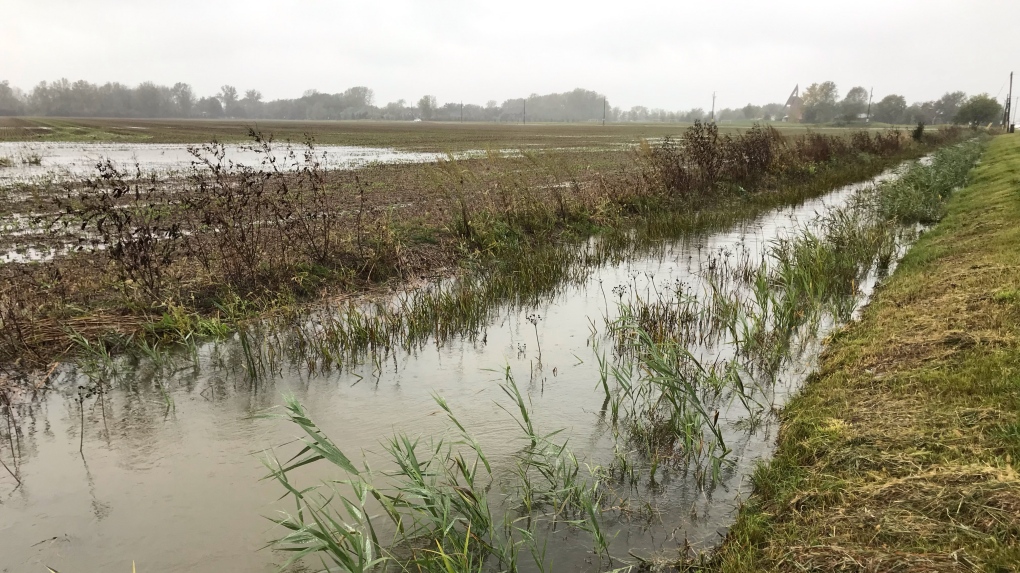 “I would check a sump pump at least once a month,” advises Parker. “When you know there’s rain in the forecast check your sump pump. Make sure your float is freed, make sure it’s actually pumping water.”

The city asks any resident who experiences water in their basement, to call 3-1-1 regardless of the amount or damage, to help with tracking how the underground infrastructure is handling rain events.