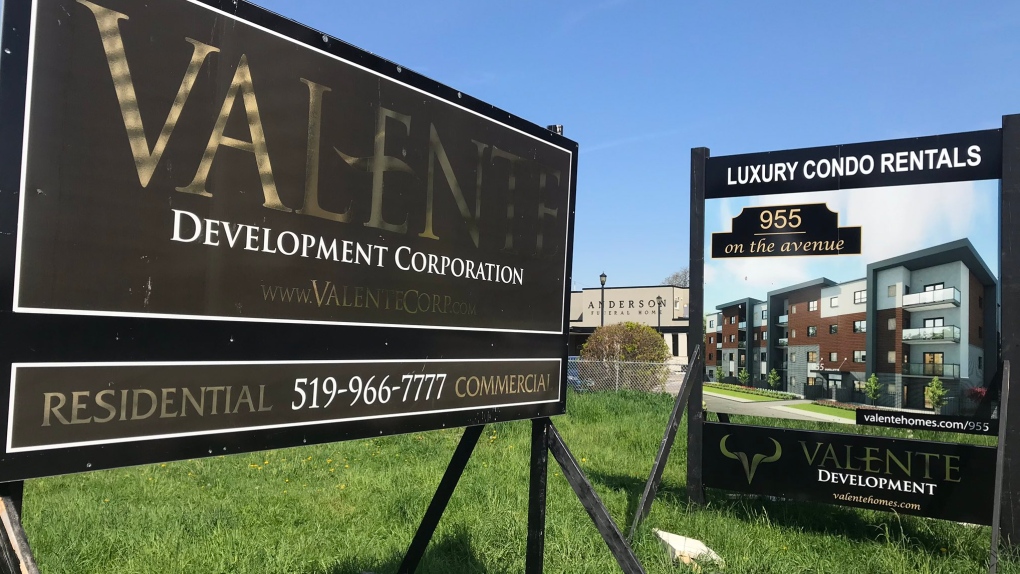 Valente Development Corporation is proceeding with construction on its residential condominium project in Windsor, Ont., on Wednesday, May 15, 2019. (Angelo Aversa / CTV Windsor)

Valente Development Corporation is proceeding with construction on its $7-million residential condominium project.

A groundbreaking ceremony was held on Wednesday morning for the building named "955 ~ On the Avenue."

"I believe that bringing new residential downtown is the first step in the revitalization of Windsor's downtown,” says Valente president Peter Valente. “Once a critical mass of residents is established then you will see businesses open to support the demand."

The architect, developer, builders and City of Windsor staff were on hand for the ceremony.

The building will consist of 32 new modern luxury apartment condominiums that are offered for long term rental contracts.

The project is located at 955 Ouellette Ave., which is just north of Erie Street.

This project has been approved by the City of Windsor, as a catalyst project under its Downtown Community Improvement Plan.

Valente tells CTV Windsor the project would not get off the ground without a host of incentives available under that program.

“There are no development charges which would cost you $12,000 in other areas of the city,” says Valente. “They're also agreeing to hold the line on the taxes that I have right now based on vacant land so I'm paying the same taxes for 10 years even though I'm going to increase the value so much so that's a really good carrot.”

Full construction will begin next week and the project is expected to be competed in 12 months.