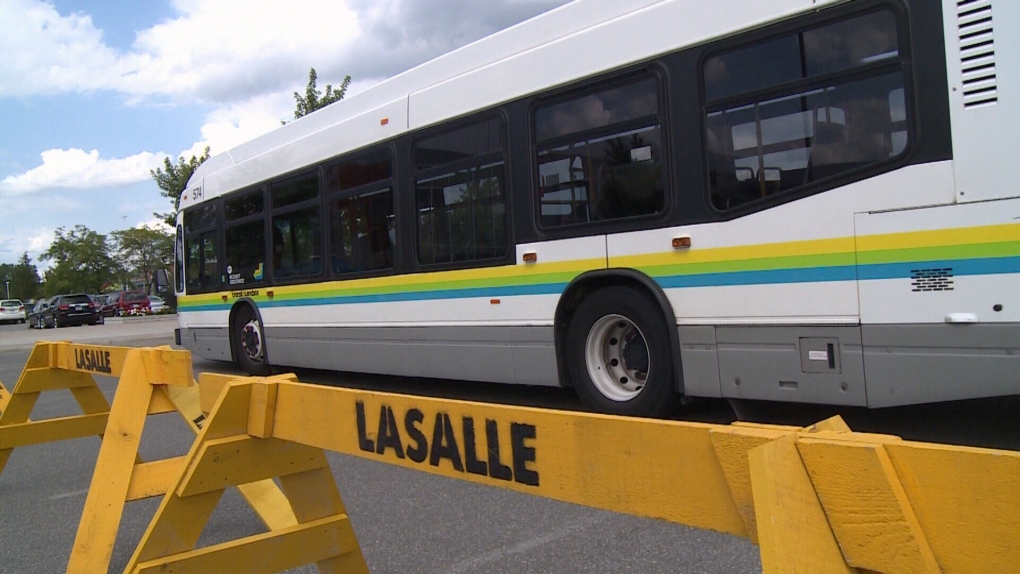 Transit Windsor buses on display for a launch celebration of the new service in the town of LaSalle. (Angelo Aversa/CTV Windsor)

Residents in LaSalle are getting a closer look at the town's new transit service.

A launch celebration is being held at the LaSalle Civic Centre until 7 p.m. on Wednesday.

Mayor Ken Antaya tells CTV Windsor the response from the community so far has been positive.

“I think the service could set us apart from other municipalities,” says Antaya.

The town has entered into a five-year agreement with Transit Windsor to operate the service, beginning Sept. 5. As part of the deal, the town of LaSalle will pay for the use of two buses on routes that stretch from St. Clair College to Front Rd.

“I know it’s going to cost us money,” admits Antaya. “But it’s a step in the right direction.”

The service will operate for free for the first three months.