WINDSOR, ONT. -- A column of smoke from a pallet fire Tuesday evening could be seen from several kilometres away.

Several photos and videos posted online show the size of the smoke column which could be seen from a far distance.

No one was injured in the fire and crews were able to bring it under control without any buildings sustaining damage. 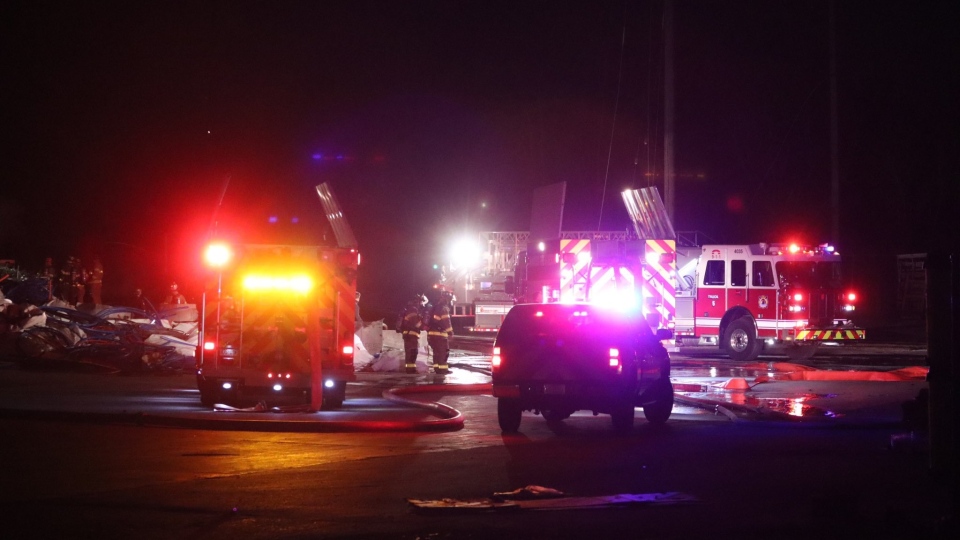 Windsor Fire said the cause was a transformer failure which also caused a neighbourhood power outage at the time.

All power has been restored to the area.

No damage estimate was provided as it was scrap pellets and debris, the buildings were not impacted.

Windsor Fire retweeted a video of the fire posted to twitter. Please note the video contains language some viewers may find offensive.

Another good video from a follower https://t.co/QWc3XIVyGC