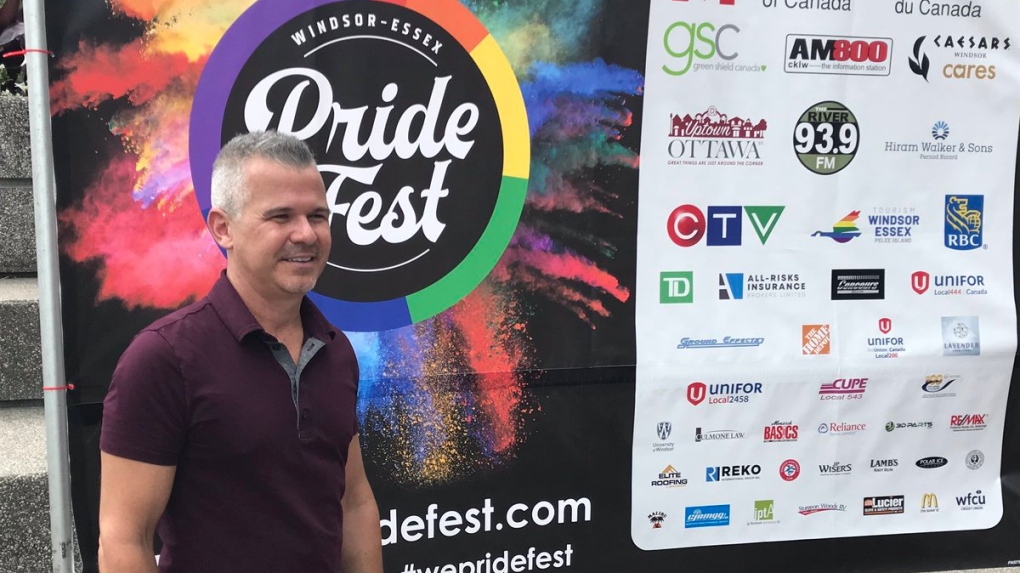 The annual flag raising ceremony took place Wednesday afternoon at Charles Clark Square in Windsor to kick off events planned over the next four days.

"We do it to celebrate our advancements, our struggles and most of all, what is possible," said Windsor-Essex Pride Fest President David Lenz.

The federal government announced $37,000 to help pay for programming for this year's 27th annual festival.

W.E. Trans Support is holding a workshop that looks at gender and sexual diversity as well as mental health and addiction at 1 p.m. Thursday at the St. Clair Centre for the Arts.

There is also Pride Bowling at Rosebowl Lanes at 6:15 p.m. Thursday as well as Pride Bowling After Glow at 9 p.m. at the Windsor Sportsmen Club.

Friday's list of events includes Pride Lawn Bowling at the Windsor Lawn Bowling Club at 6 p.m. as well as live music at Lanspeary Park and more music and entertainment at the Rockstar Music Hall.

On Saturday, there is a Pride Marketplace from 11 a.m. to 7 p.m. at Lanspeary Park. There is also a 'Queens of Pride' show at Lanspeary Park at 8 p.m. and Glitterball at 10:30 p.m. at Rockstar Music Hall.

The highlight of the festival is the annual parade starting at 11 a.m. Sunday beginning at Ottawa Street and Argyle Road before ending at Lanspeary Park where another Marketplace will be held.

The parade and festival have traditionally been attended by the LGBTIQ2S community and their allies from Southwestern Ontario, Michigan and Ohio.

Lenz adds the festival has come a long way since 1992 when about 100 people attended to the 6,500 people who participated last year.