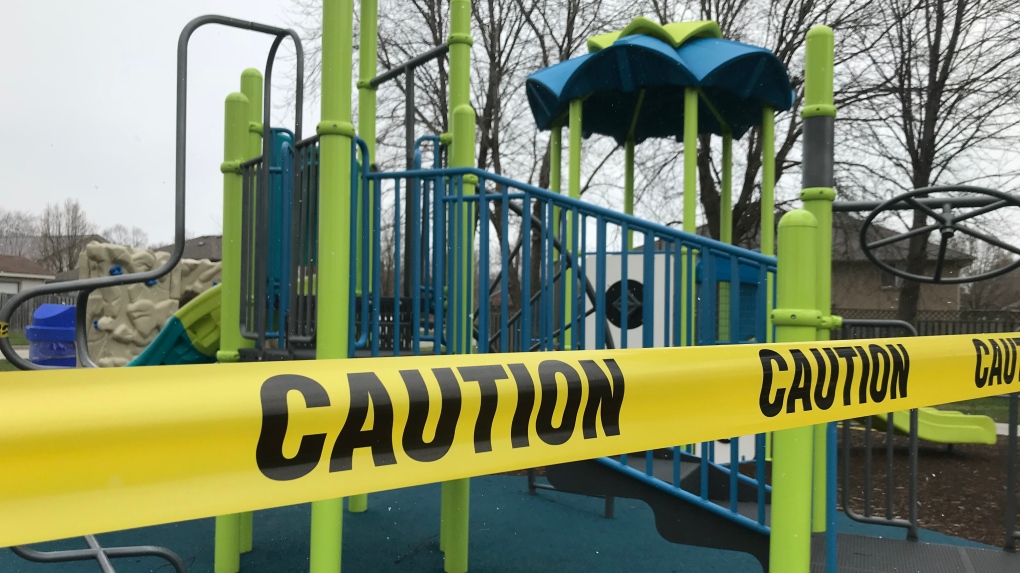 WINDSOR, ONT. -- Caution tape surrounds playgrounds at some of the 209 parks around the City of Windsor after an emergency order issued by the province amid the COVID-19 crisis.

City of Windsor bylaw officers are responding to complaints to 311, which is averages roughly 35 calls a day, according to bylaw enforcement manager Bill Tetler.

“The residents can call 311 if they see someone or somebody at a park and they shouldn’t be there, Tetler says. “Those complaints are being sent over to bylaw to investigate.”

Tetler says his team of 12 officers is also doing between 100 and 125 proactive parks checks a day to ensure compliance with the order.

To date, no tickets or fines have been issued. Rather, Tetler says his officers are taking the opportunity to educate and warn residents about the need to follow the orders and practice safe physical distancing measures.

“For the last little bit we’ve been giving warnings, educating people, reminding them the parks are closed under the state of emergency order from the province,” says Tetler.

But the grace period for warnings could soon be over, Tetler warns.

“We want people to be mindful of their surroundings and take this pandemic seriously to flatten the curve and we can get through this,” he tells CTV Windsor. “We’re going on a few weeks of this emergency order in place and it was extended yesterday by another 28 days. We need people to take this seriously and there are consequences should they not adhere to it.”

Fines can be around $750 for non-compliance, under the emergency order.