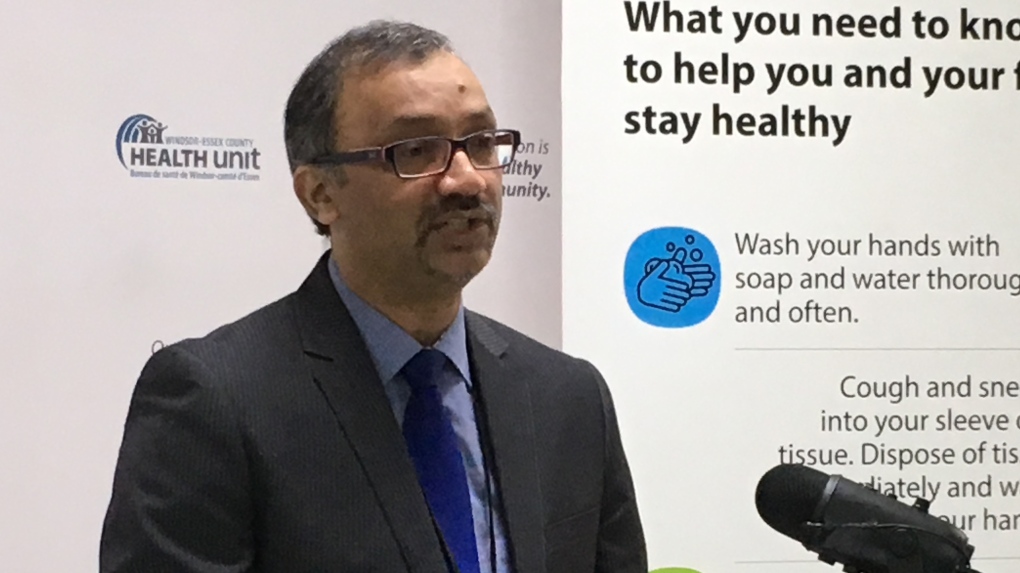 WINDSOR, ONT. -- The Windsor-Essex County Health Unit says there are 408 confirmed cases of COVID-19 in Windsor-Essex, including 59 new cases and three more deaths.

“It is as a result of our active screening,” says Ahmed, who says they have been testing asymptomatic people in long-term care homes. “As expected, we picked up more cases.”

It is the largest single-day jump in positive cases in the region.

“Having any outbreak in these types of settings are very difficult to contain,” says Ahmed. “It spreads like wildfire and if one person is positive, it leads to more cases.”

The death toll in Windsor-Essex has reached 16. Ten deaths have been with people in long-term care facilities.

“These are people we are talking about, these are not numbers,” says Ahmed. “It doesn’t matter where they are, a live lost, is a life lost for our community.”

Ahmed says the three new deaths are not associated with long term care homes. A man and woman in their 80s and a man in his 70s are the most recent deaths.

Ahmed says the individuals who have passed away have underlying conditions and are elderly.

There have been 2,701 people tested in Windsor-Essex, and 303 tests are pending.

In Chatham-Kent, 25 positive COVID-19 cases have been reported.