'She has touched the lives of many': Chatham-Kent family and friends mourn loss of crash victim

Family and friends are mourning the loss of an 18-year-old Dover Township woman after a fatal crash.

Chatham-Kent police say Mable Baker died after a single-vehicle collision on Saturday, May 21.

The teen’s funeral was Thursday morning at McKinley Funeral Home in Chatham.

“Mable was an avid lover of sports and during her young life had participated in bowling, badminton, and rugby. She was a beautiful, fun loving woman who enjoyed spending time with family and friends,” reads her obituary.

A GoFundMe page has been created for Baker’s family. The post said all funds will be directed right to her mother for all cost of the funeral.

“She has touched the lives of many and we all know everyone knew and had a love for heavens newest angel,” said the post.

“It’s going to be a big loss for a while, I’ll tell ya,” said former bowling coach, Jim Maynard. “It’s kind of a shock when you see a young kid like that, kids are supposed to bury their parents, not the parents bury their kids.”

Maynard began coaching Baker when she was six years old and describes her as smart, athletic, dedicated and always willing to participate. 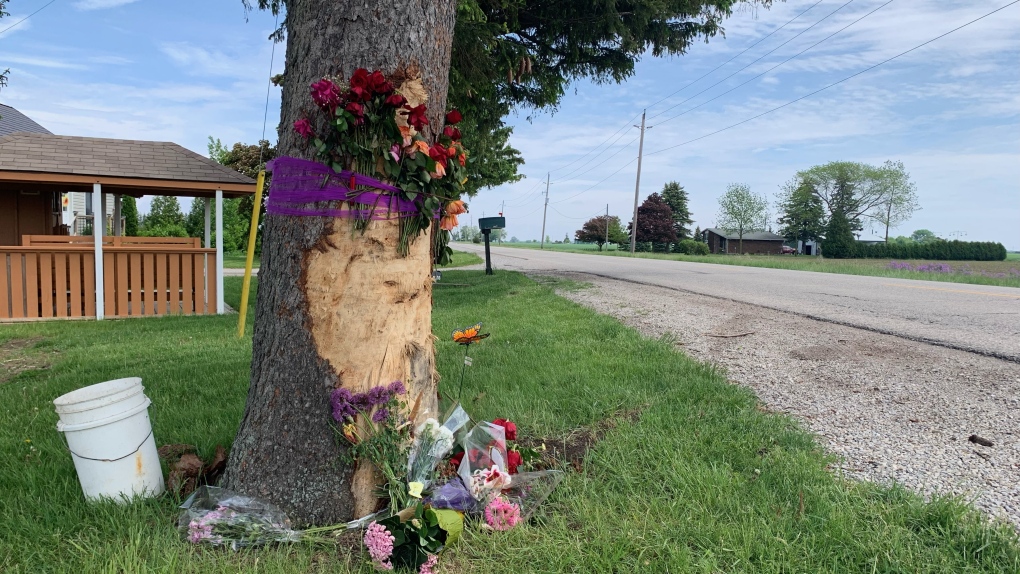 Police say the woman was travelling eastbound on Pain Court Line when she struck a tree on the north side of the roadway. She was transported from the scene to Chatham-Kent Health Alliance with serious injuries. She was later transported to Windsor Regional Hospital, where she succumbed to her injuries.

“Members of the Chatham-Kent Police Service offer their deepest condolences to the family and friends of Ms. Baker,” said police in a news release.

The collision remains under investigation by the Traffic Management Unit. Anyone with information is asked to contact Const. Josh Flikweert at 519-355-1092 or joshuaf@chatham-kent.ca.