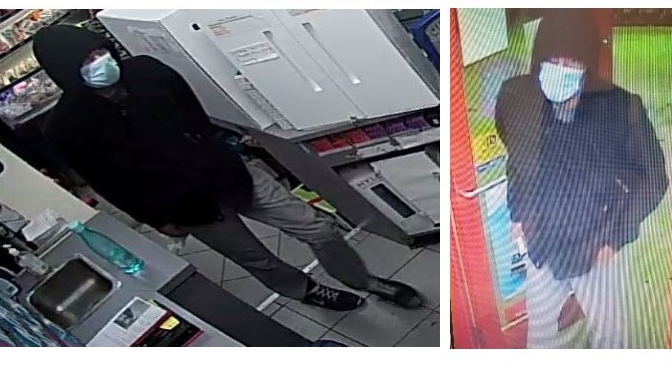 Windsor police released photos of a suspect after an armed robbery at a business on Tecumseh Road in Windsor, Ont. (Courtesy Windsor police)

WINDSOR, ONT. -- Windsor police are looking for a suspect after an armed robbery at a business on Tecumseh Road.

Officers responded to a business in the 7800 block of Tecumseh Road East near Lauzon Road on Wednesday around 1:30 a.m.

Investigation revealed that a suspect entered the store and brandished a knife while demanding items from an employee.

Police say the suspect stole several items and fled the scene on foot.

No injuries were reported as a result of the incident.

The Major Crime Branch continues to actively investigate this incident.