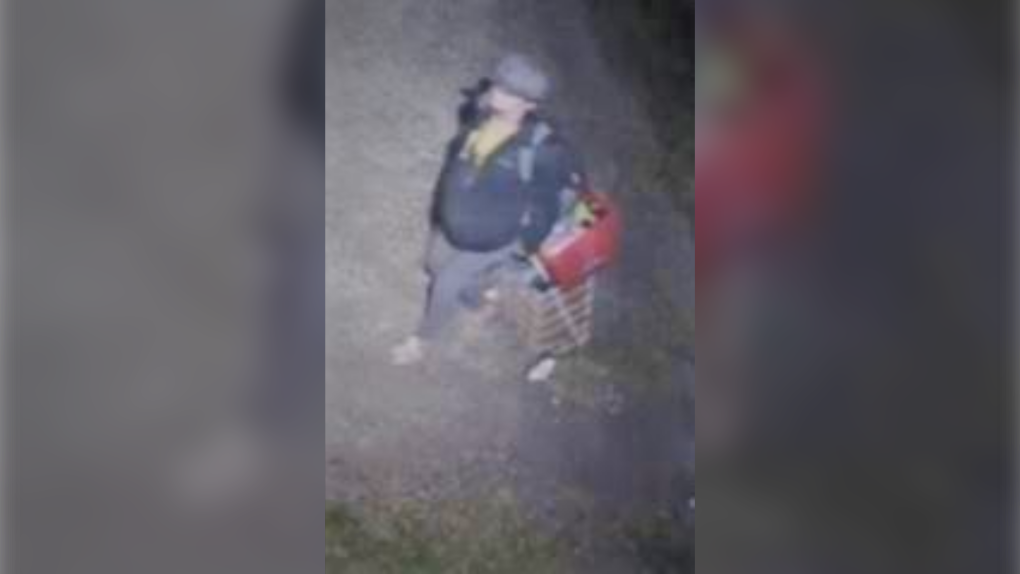 Police say the image of the suspect was captured on surveillance video on Sept. 30, 2021 in Windsor, Ont.(Source: Windsor police)
Windsor, Ont. -

Windsor police have obtained additional video footage and continue to seek information that may help identify a suspect in relation to an arson investigation on Windsor Avenue.

Police responded to a fire call at a residential building in the 700 block of Windsor Avenue on Thursday, Sept. 30 shortly after 3 a.m.

Windsor fire crews were on scene and extinguished the fire, but the building sustained extensive damage.

There were no injuries as a result of the blaze.

Police determined the fire was suspicious and launched an investigation.

Arson investigators have received information from the public and obtained video footage of the suspect as well as an additional image.

In the footage, the suspect could be seen pulling a person shopping cart with wheels and what appears to be a red recycling box on top of the cart, police say.

The investigation remains active, and police are again requesting anyone in the area with surveillance cameras to check their footage for further evidence.